Medomak Valley boys basketball team defeated Oceanside 64-44 on Jan. 17 in the Panthers den. Medomak wore pink uniforms in honor of their annual Paws for a Cause game. The Panthers were led by Trevor Brown with 23 points, Patrick McKenney 15 and Parker Morrison 14. Oceanside was led by Elliot Lucier 15 and Cam Kingsbury 9.

Oceanside led 13-9 at the quarter break, before Medomak out scored them 21-14 in the second frame to take the lead for good. 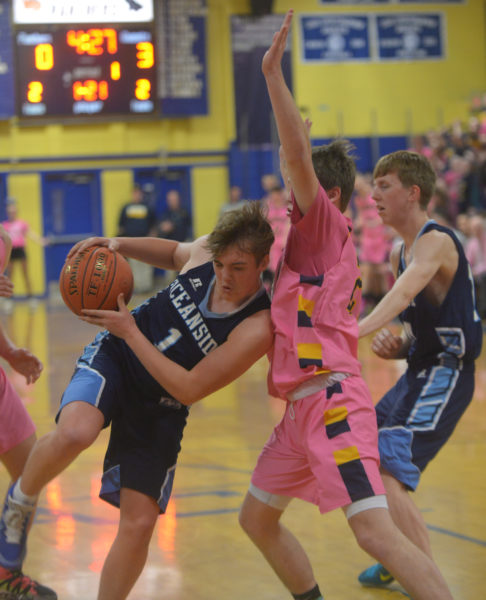 Brandon Starr is called for a foul after Oceanside’s Cam Kingsbury lower his shoulder and made contact. (Paula Roberts photo) 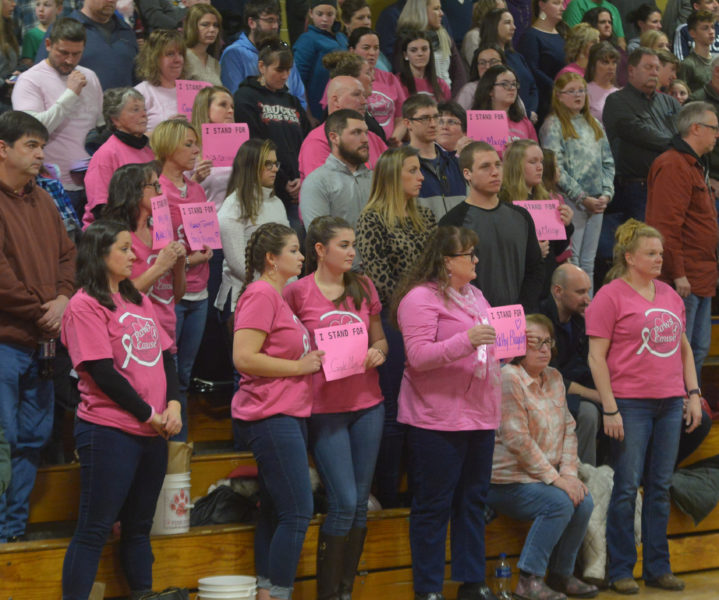 Fans stand with signs that read ‘I stand for” with a name of a family member or friend who had breast cancer before Medomak Valley boys’ Paws for a Cause game. (Paula Roberts photo)