Medomak Valley boys soccer team defeated Erskine Academy 3-1 in their KVAC opener on Sept. 6 in Waldoboro. Will Smith scored two goals and Zach Cheesman one. Brandon Starr picked up an assist. The Eagles scored their goal on a first half penalty kick taken by Sam York. 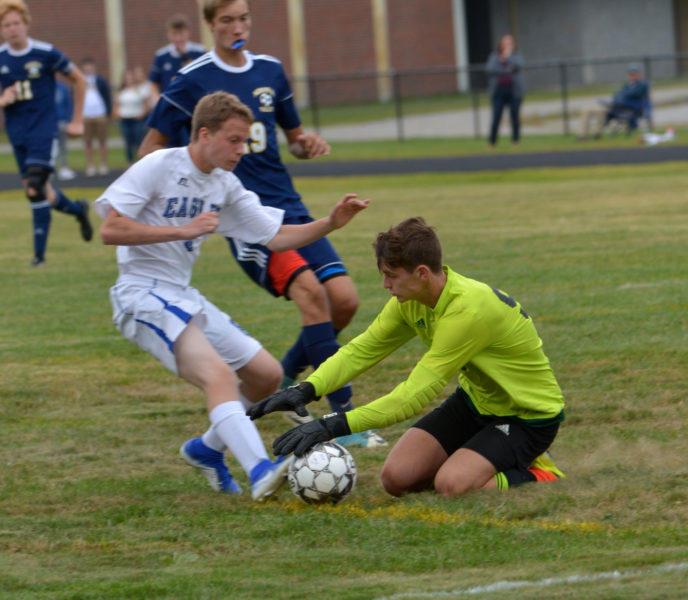 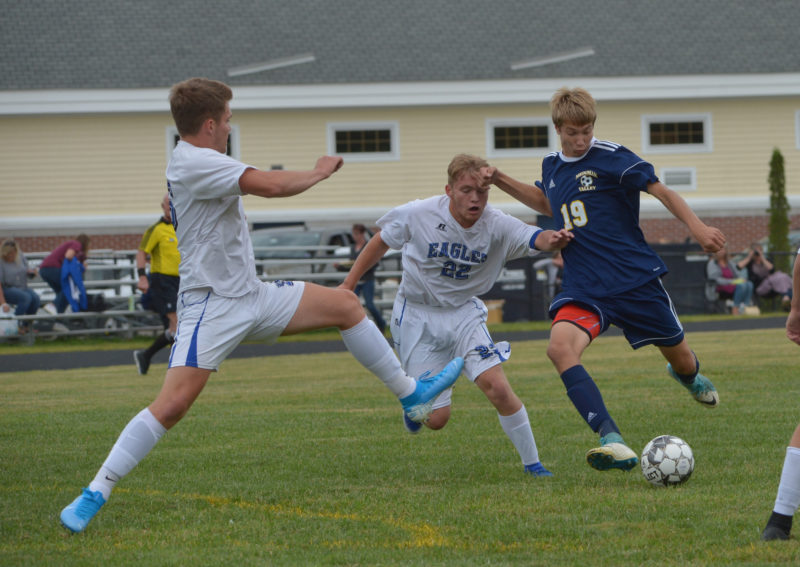 Will Smith gets by Eagle defender Bryce Goff to score Medomak Valley’s first goal of the season. (Paula Roberts photo) 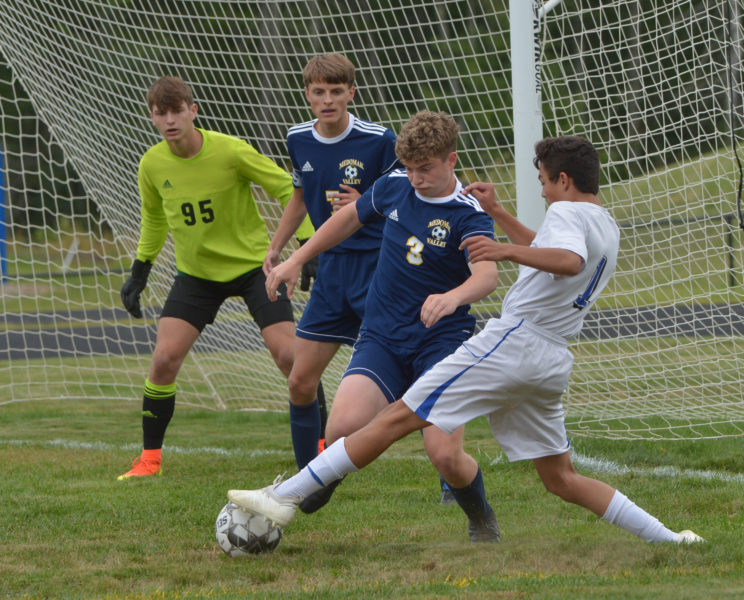