Medomak Valley boys basketball team defeated MCI on the road on Jan. 14, 65-43. It was an eventful night, with Trevor Brown scoring his 1,000th career points with about a minute and a half to go in the second quarter. Brown scored 24 in the win. Patrick McKenney added 20 and Kory Donlin 7. MCI was led by Buttenfield with 13 and Martinez 11.

The bus carrying the team was in a minor accident (side swiped) on the way home. According to coach Nick DePatsy there were no injuries. Athletic director Matt Lash said the bus was OK.

Medomak girls lost to MCI 55-46 on Jan. 14. Medomak was led in scoring by Autumn Ripley with 15 points and Kytana Williamson 10. For MCI, Natalie Sites led with 16 and Hannah Robinson added 13. 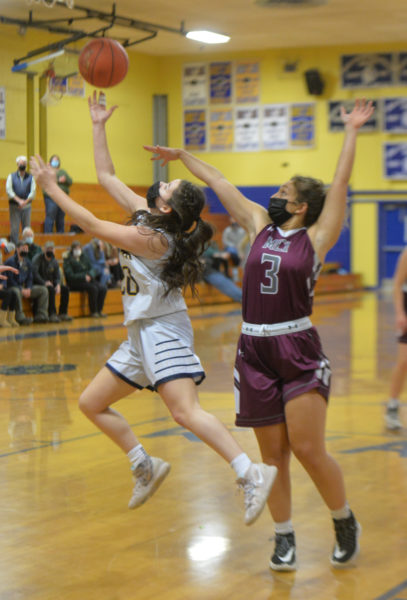