The Panthers, who have won the KVACs for the past five years, scored 76.3 points with their routine to place second. Leavitt won the meet with 77.2 points to claim their first title since 2012.

During a showcase performance on Sunday, Jan. 19, one of the Panther cheerleaders broke her hand performing a back handspring. The team reworked the routine an hour to accommodate the absence.

The Panthers will compete for a regional title on Jan. 25. 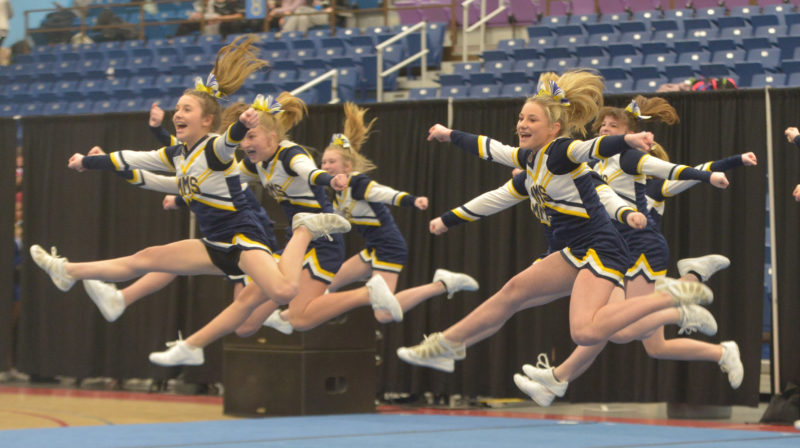 Medomak cheerleaders make a basket catch in their second place finish at the KVAC Class B championships on Jan. 20. (Paula Roberts photo) 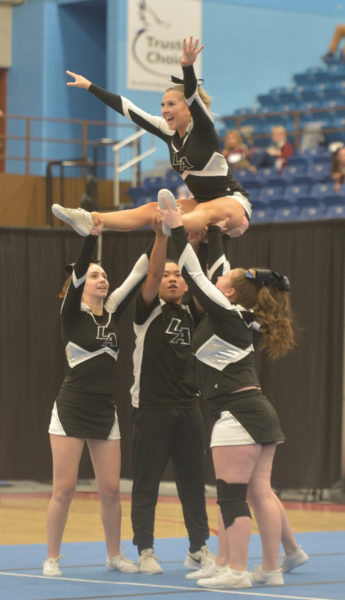 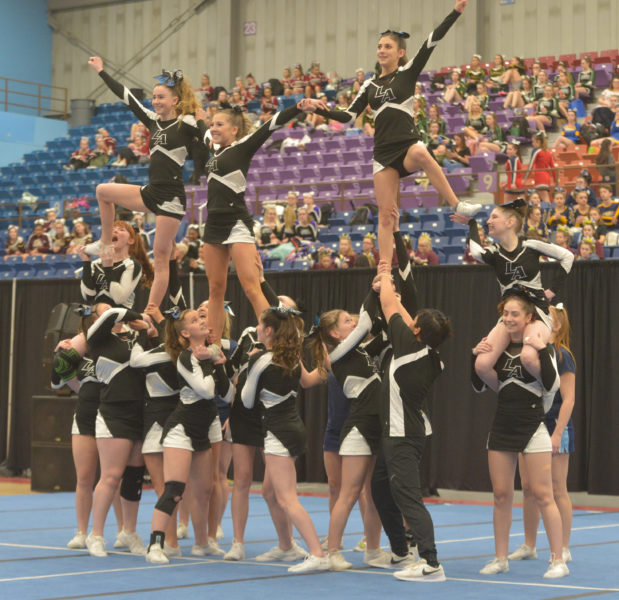