Medomak Valley won the 2021 KVAC cheering championship with a score of 60.8. Morse High School placed second with 54.4 points. The event was held virtually with each team recording their routine and submitting it electronically to a panel of judges. 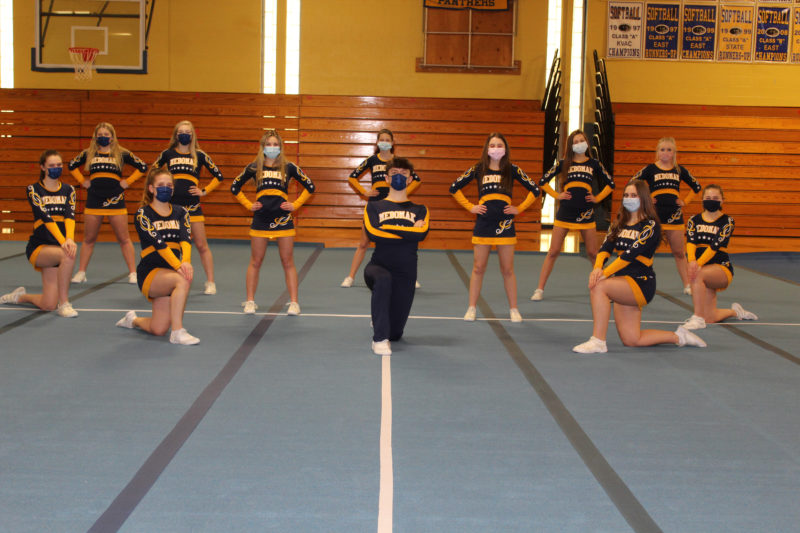