Medomak Valley girls soccer team defeated Lincoln Academy 3-2 in the Panthers Homecoming game on Sept. 17 in Waldoboro. Medomak scored two late first half goals, then netted their third goal a minute and half into the second half to take a 3-0 lead. Kytana Williamson headed in a blocked Scarlett Flint shot with nine minutes to play in the half. Flint scored four and a half minutes later. Haley Puchalski scored on a direct kick early in the second half. Cat Johnson converted a penalty kick mid-way through the second half, called after she was tripped in the penalty area. Johnson scored Lincoln’s second goal five minutes later when she scored on a Marley LeBel direct kick. 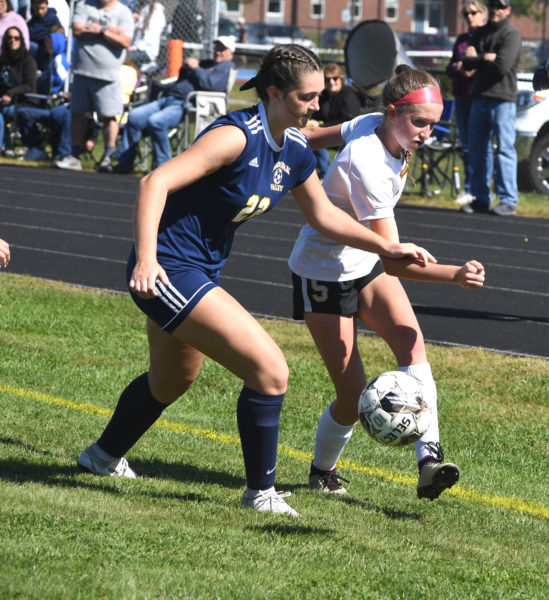