Medomak Valley girls soccer team defeated Waterville 2-0 in Waldoboro on Oct. 9. After a scoreless first half, Medomak took the lead less than three minutes into the second frame. Abby Lash found net on a nice cross from Cassi Smeltzer. Sadie Garling looked to tie the game on a breakaway, but while dancing over the ball, Emily Wotton came from behind to slide tackle the ball away.

Autumn Ripley scored the second goal of the night on a cross from Lash. 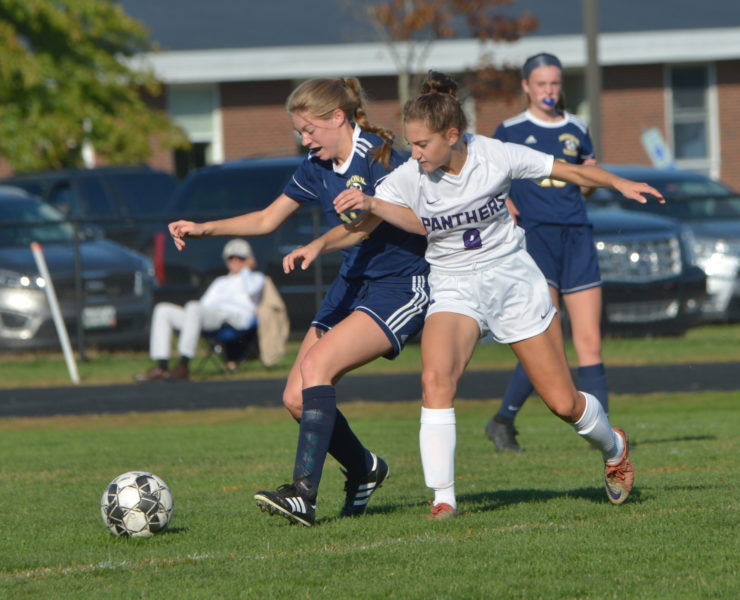 Maddy White wins the battle of the Panthers in Medomak’s 2-0 win over Waterville. (Paula Roberts photo) 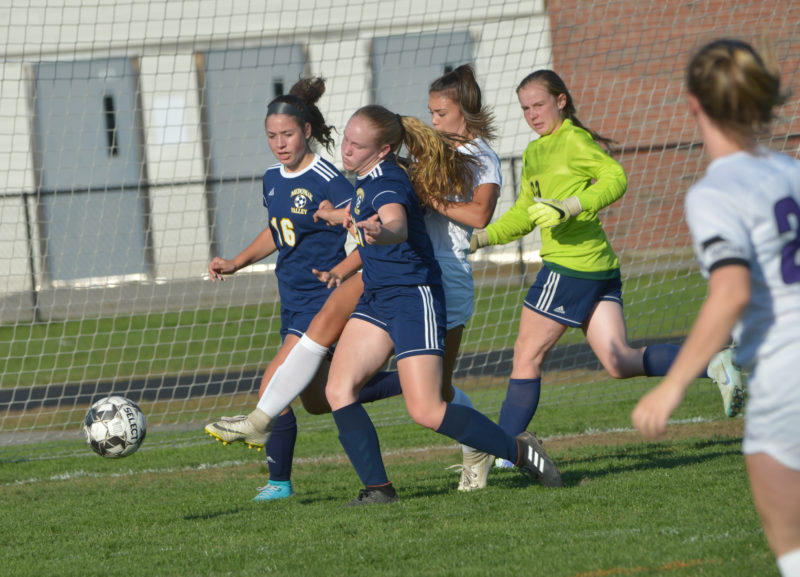