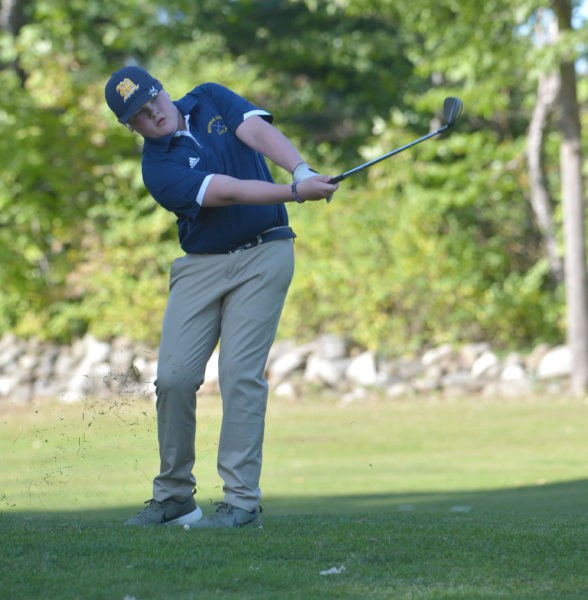 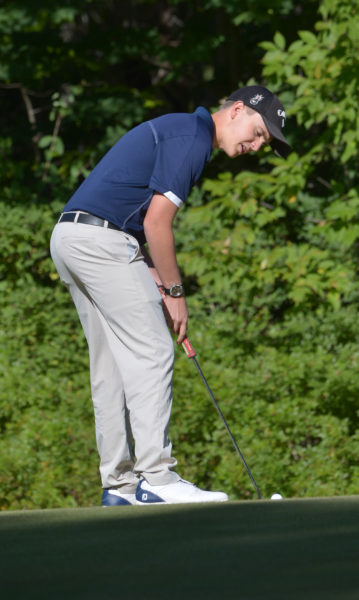 Sean Sebrey was low medalsist for Medomak in their 8-1 win over Morse in KVAC South B playoff action. (Paula Roberts photo)