Medomak Valley boys basketball team rallied from behind to beat Lincoln Academy 59-48 in the Eagles nest on Jan. 10. Lincoln led 17-13 at the quarter and 31-24 at the half.  The Panthers pulled within one early in the third. Lincoln hit back to back threes, but would not score another basket from the floor the rest of the game, as Medomak buckled down on defense.

Medomak led 41-39 at the end of three, then with Kyle Donlin back in the game after sitting out close to 12 minutes in foul trouble, the Panthers offense fired on all cylinders, scoring 10 straight points in the fourth to put the game away. 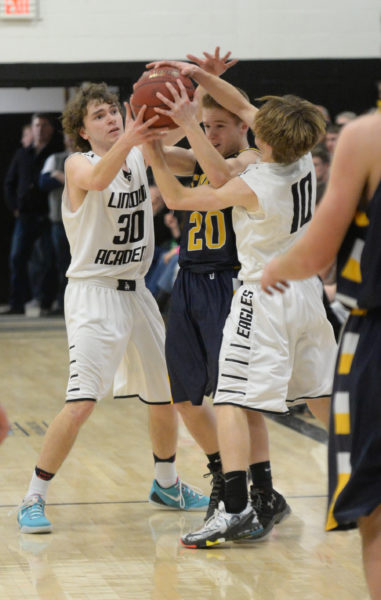 Cale Gee passes the ball over the top in Medomak’s come from behind win over Lincoln Academy. (Paula Roberts photo)