Two Medomak Valley track records were broken at the KVAC medium/ large school championships on May 29 at Brunswick High School Annie Vannoy broke a 32 year old 400m record set by Willy Ulbrich in 1989 in a time of 1:01.72. Vannoy won the 400 and 800 and placed second in the triple jump. 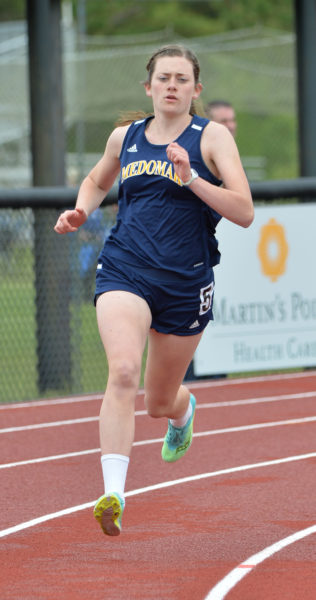 Medomak Valley athlete Annie Vannoy cruised to first place in the KVAC 400 and broke a 32 year record in the event in 1:01.72, held by Willy Ulbrich. (Paula Roberts photo) 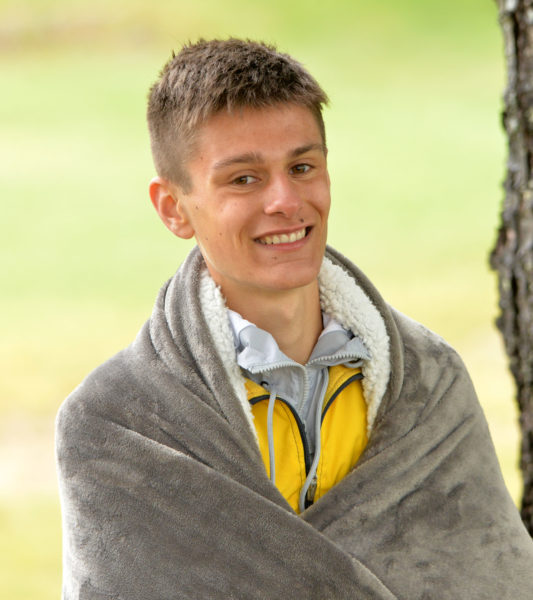 Connor Daigle wraps up in a blanket in an attempt to stay warm and dry during the KVAC medium/ large school championships on May 29. Daigle placed third in the 3200 and broke his own school record in the event. (Paula Roberts photo)