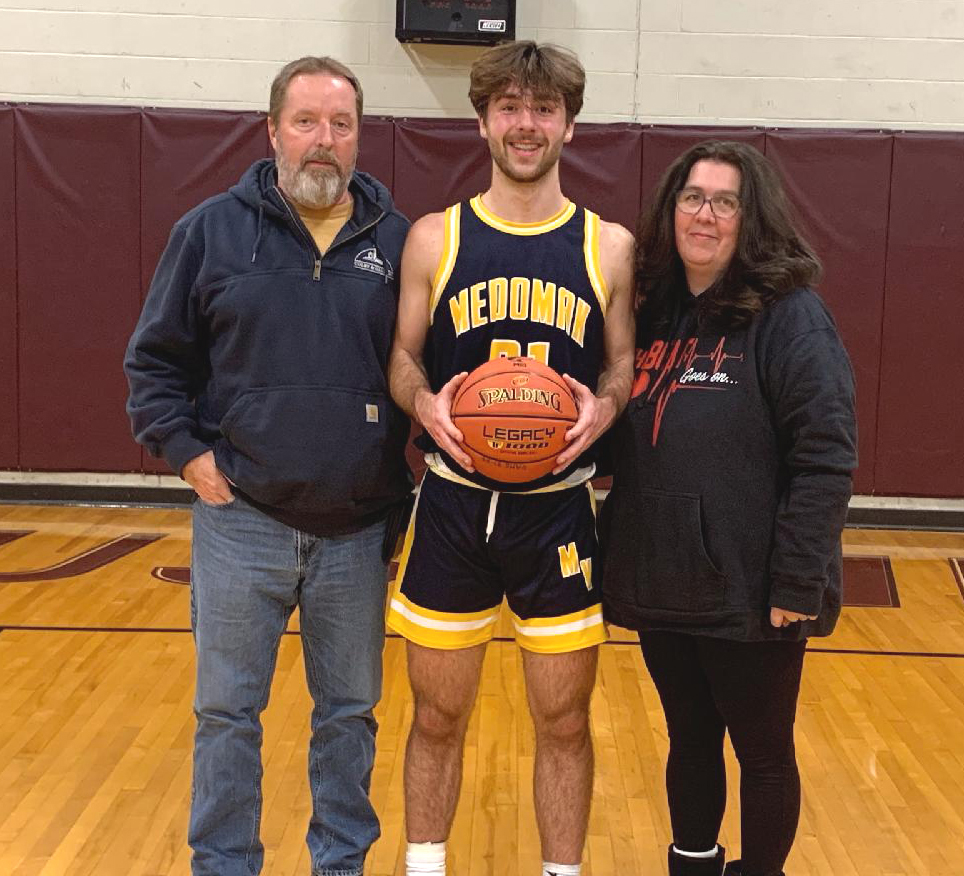 Senior Trevor Brown joined an elite basketball group at Medomak Valley High School when he scored his 1,000th career point on the road at Maine Central Institute on Jan. 14. Brown becomes only the fifth player in Medomak Valley history to reach the 1,000-point milestone.

Brown needed 12 points heading into the away game at MCI. He scored 24. His 1,000th point came on a breakaway layup with about a minute and a half to play in the second quarter.

Brown scored 210 points his freshman year, 311 his sophomore year and 249 his junior year (shortened season due to COVID-19).

MCI has a no visiting fan rule, due to the COVID-19 pandemic, but made a special exception for Brown’s parents Shawn and Kim Brown.

The game was stopped briefly after Brown secured his 1,000th point, so MCI athletic director Jim Leonard could present Trevor with the game ball.