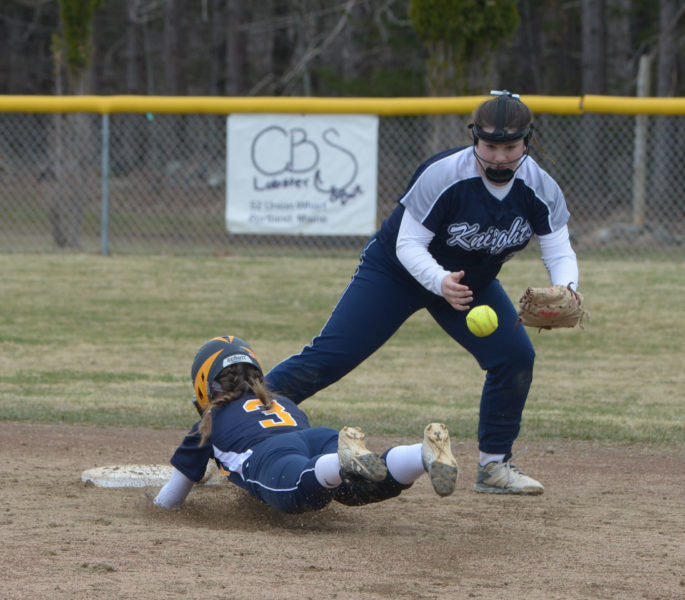 Medomak Valley softball opened their season with a 9-5 win over Poland in a non-league game on April 20. Poland, coached by Kayla Vannah, former Medomak pitcher and daughter of Medomak coach Richard Vannah, jumped out to a 3-0 lead in the top of the first inning. The Panthers answered with three in the home half of the inning. Medomak took the lead for good with two runs in the second.