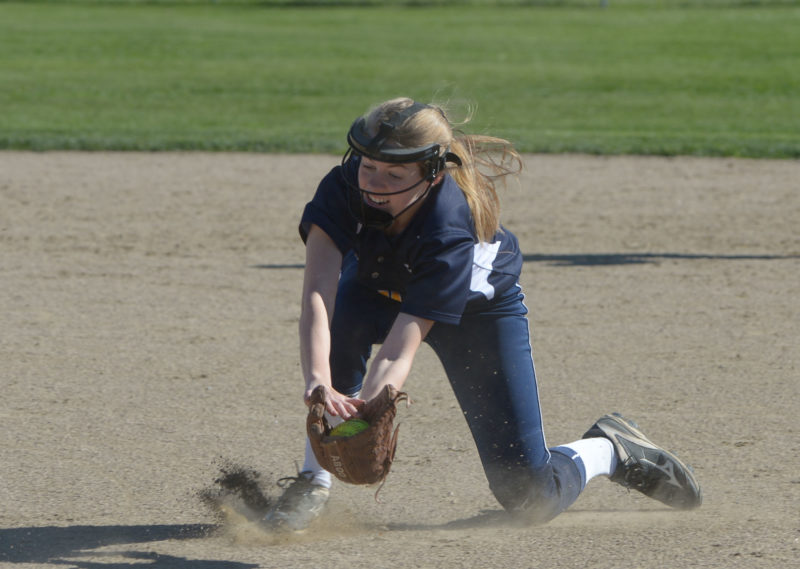 Trailing 4-0 after two and a half innings, Medomak Valley softball rallied for six runs in the fourth and six in the fifth innings to beat Belfast 13-4 on May 18 in Waldoboro. 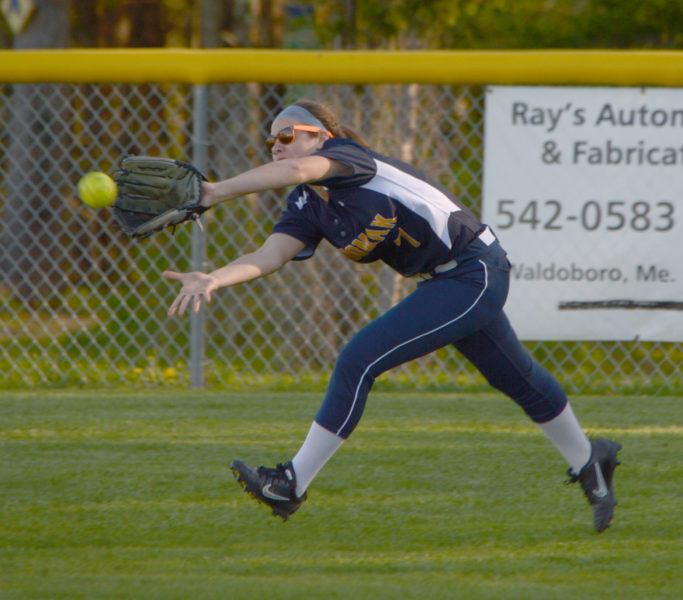 Medomak outfielder Aubrey Schaeffer robs Belfast of a hit in the Lady Panthers come from behind win on May 18. (Paula Roberts photo)

a double and single each, and Maia Cunningham a single.