Medomak Valley softball opened their KVAC season with a 6-4 win over visiting Waterville on April 20. Maddy Boynton struck out nine in the win, and Raylee Gilbert eight in the loss.

Waterville took a 3-0 lead in the top of the third. Medomak scored all six of their runs in the bottom of the third on six bunts and four errors. Haley Puchalski and Kytanna Williamson had a single each for Medomak. Waterville scattered eight hits, led by a double and single from Kodah Aldrick, and two singles each from Gillian Poulin and Rylee Lint 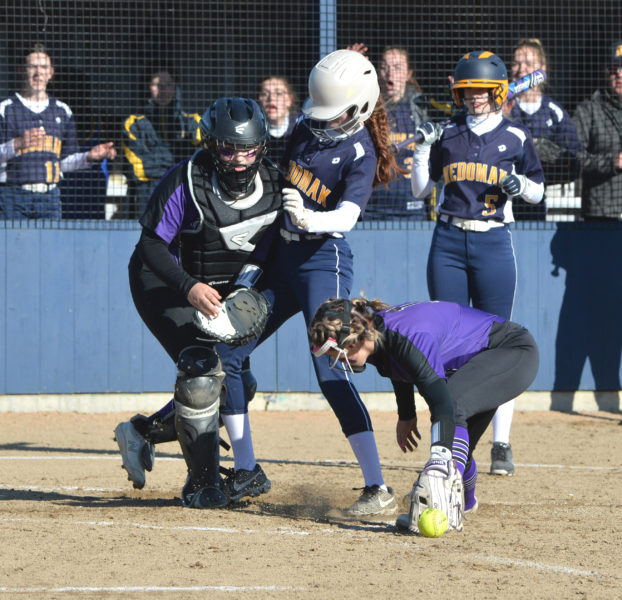