Medomak Valley boys soccer team captured their first KVAC Class B championship. There were a lot of first for Medomak this season. The Panthers went undefeated for the very first time this season with a 12-0-2 record and are seeded second in South Class B, in their first year in the Southern Division. 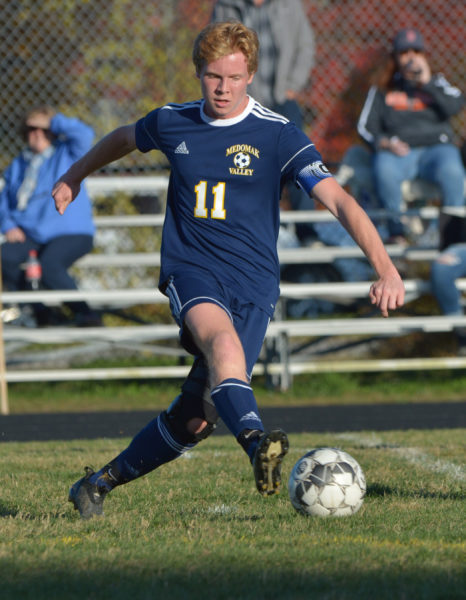 “After losing several key players to injuries and finishing 5-7-2 last year, we set an early offseason goal to get everyone healthy and play together as a unit as much as possible. These boys spent the winter representing MVHS every Sunday for 1 or 2 games at the Pitch and then committed several nights per week all summer long playing games and practicing,” coach Brian Campbell said.

“We knew we were going to have an improved team this season and returning Medomak to the Postseason was a priority. As the season progressed and we continued to play good soccer, going undefeated became a strong possibility. After beating Mt View at home, snapping a 29 regular season win streak for them, our confidence level and focus on finishing the season without a loss was high,” Campbell said. 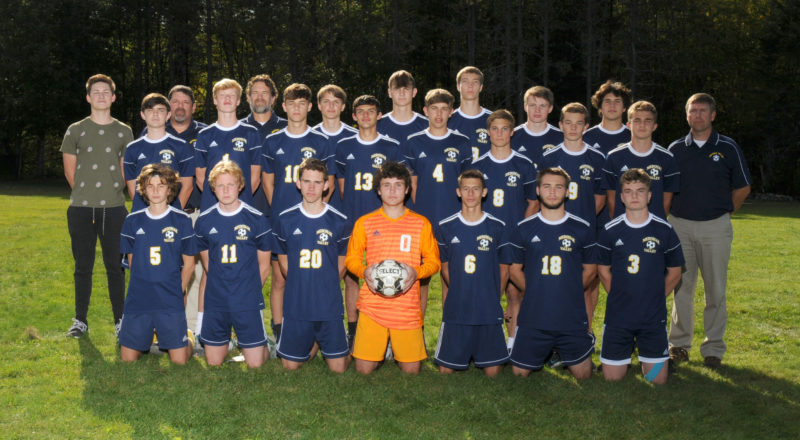 “Finishing in second place our first year in Class B South has certainly generated conversation from some of the southern teams that are not in our schedule. Late in the season our games were being attended by Yarmouth, Freeport, and Greeley who were trying to get an idea of who we were and how to plan for us as the Postseason approached,” Campbell added.

Medomak’s defense gave up just eight goals all season, and only two from the field. The other six came off set plays. Their defense also recorded eight shutouts during the 14 game season.

“This season our defense has played outstanding. With Zack Winnpenny and Jake Bickmore in the middle, teams found it very difficult to score on us. “

On offense, Zack Cheesman controlled the middle of the field and led the team with 18 regular season goals, a new Medomak Valley record for goals in a season. “Zack bounced back from a knee injury that cut his season short last year and played with a fierce desire to excel this season,” Campbell said.

For the first time in KVAC history, no KVAC championship game was held, instead the champion was determined by heal points. Before the last game of the year was played, there were only three points separating Mt. View, Winslow, and Medomak. The Panthers 3-2 win over Morse earned Medomak the KVAC title.

“I am so proud of these boys and all of the hard work that they have put in, not only this season, but over the years with their commitment to school and club soccer teams. They truly understand the game of soccer and watching them get rewarded with such a successful season is something special,” Campbell commented.