Medomak Valley boys soccer team defeated Waterville 3-1 Tuesday night in Waldoboro. Brandon Starr scored on a flat pass from Wyatt Post six minutes into the game. Nate Weir tied the game before the half for Waterville. Medomak scored 46 seconds into the second half when Post converted a cross from Starr on the end line. Post scored againw ith 8:42 remaining on a cross from Will Smith. 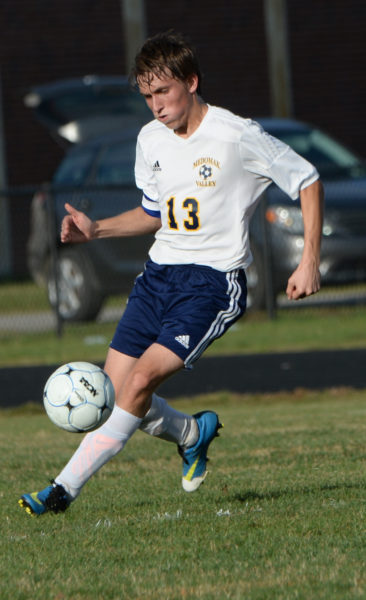 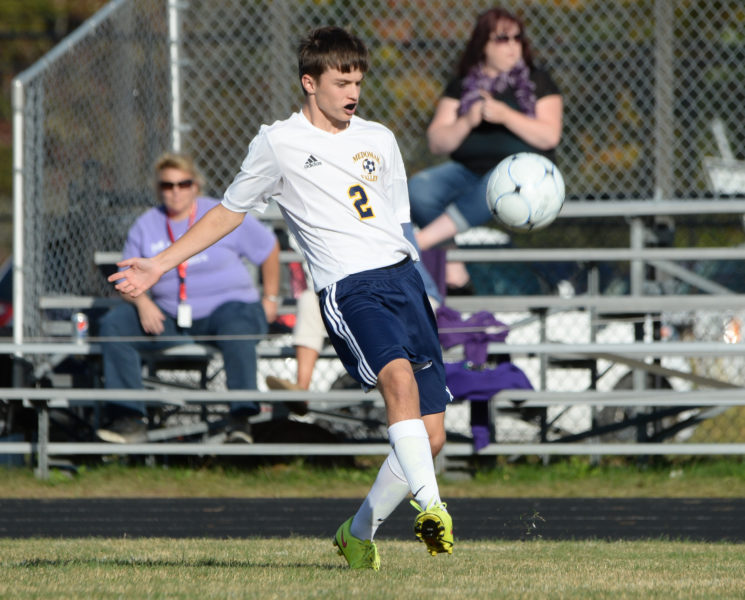 Will Perry passes the ball up the field for the Panthers. (Paula Roberts photo)