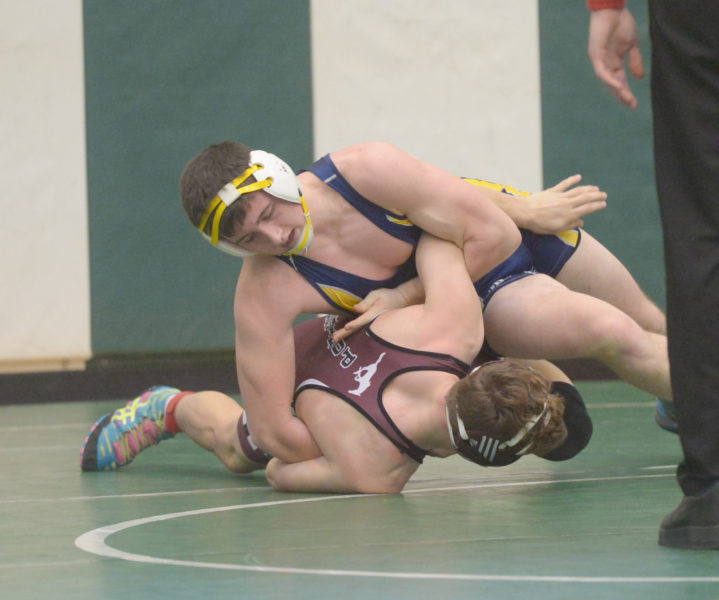 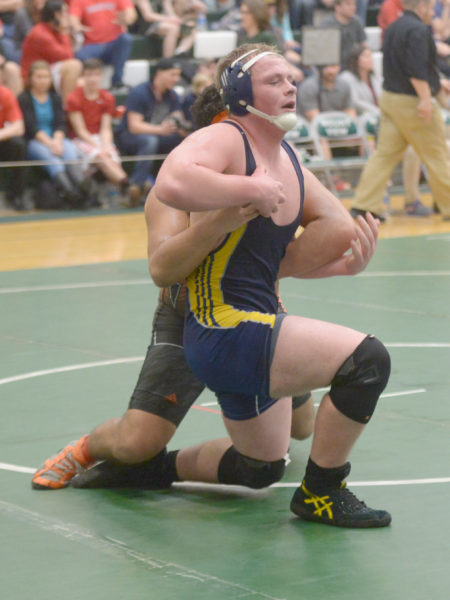 Medomak Valley 220 pound wrestler Erik Benner escapes in overtime in his semi-final match to advance to the championships. Benner placed second at the North B Regionals. (Paula Roberts photo)