Seventh seed York upset second seed Medomak 2-1 on Oct. 30 under the lights at Lincoln Academy in a South Class B quarter-final match. The upset win handed the Panthers their first heart breaking loss of the season. The Panthers jumped out to a 1-0 lead on their first shot of the ball game on an Ian Doughty corner kick. Will Smith headed in the kick to give Medomak a 1-0 lead less than five minutes into the contest.

Medomak held York off the boards for 62 minutes, before the Wildcats scored the tying goal off a direct kick from Dillon Brodsky, which was redirected into the Panthers’ net by Josh Gennaro.

Medomak looked to score late in the game when Zach Cheesman dribbled through the defense and crossed the ball to Parker Morrison, but Alex Neilson was there to make the stop for York.

Quenton Convery scored the game winner with 4:33 to play.

Aiden Starr made 12 saves in net for Medomak, including two tips over the net, several diving blocks and saves on hard collisions with a Wildcat player. York keeper  Neilson made seven saves. 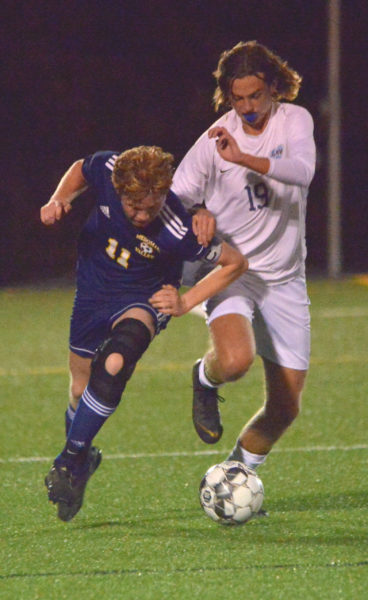 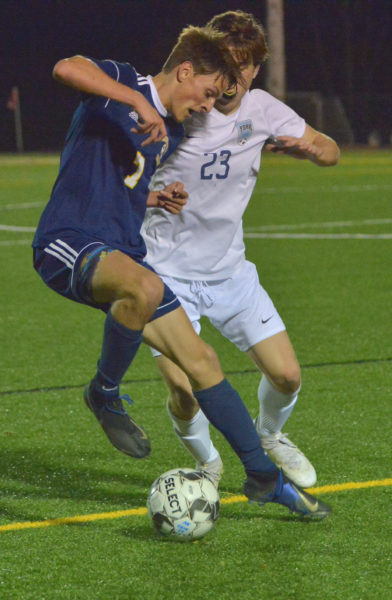 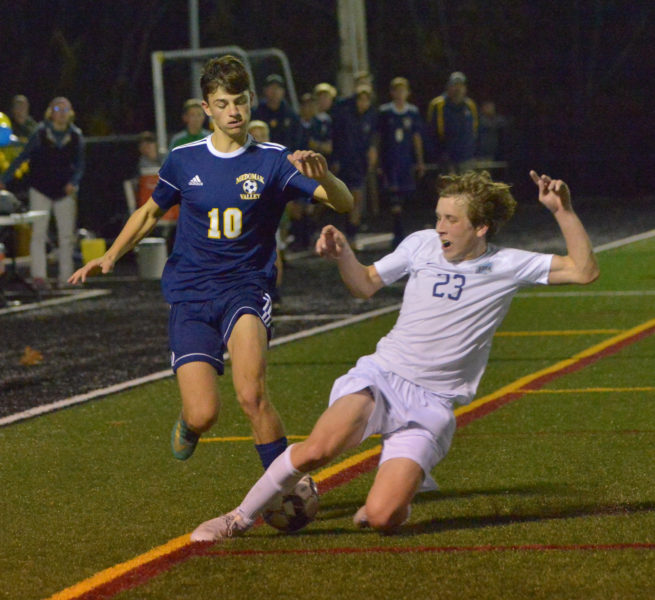 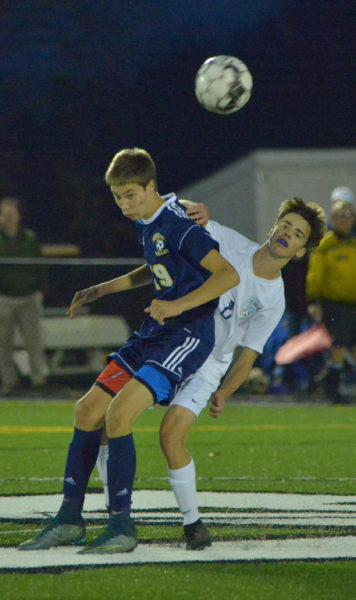 Will Smith heads the ball with a York defender hanging off him. (Paula Roberts photo) 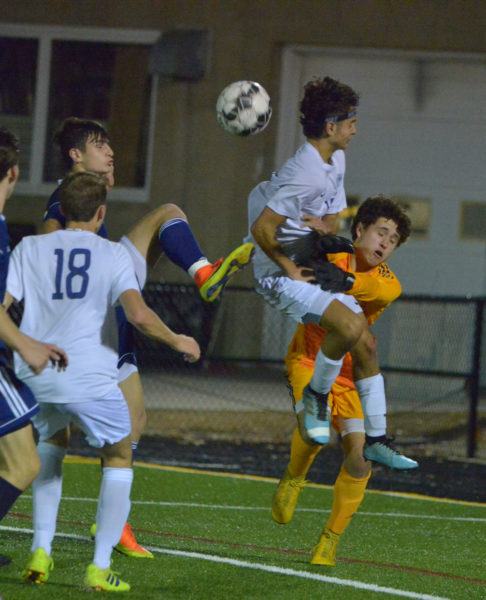 Medomak keeper Aiden Starr makes the save as a York striker crashes into him. (Paula Roberts photo)