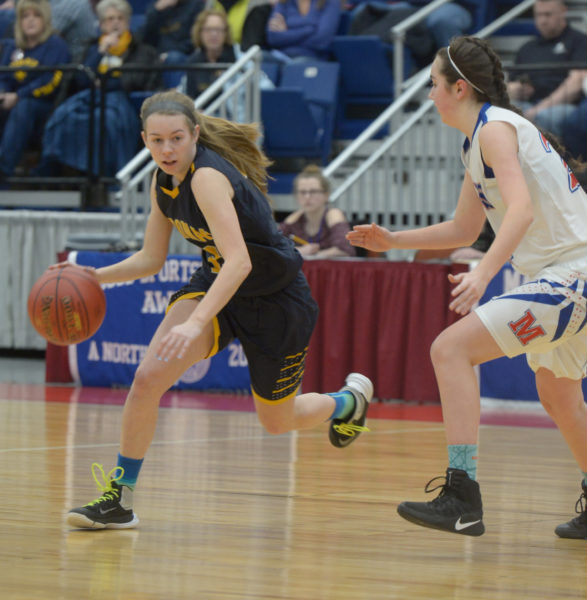 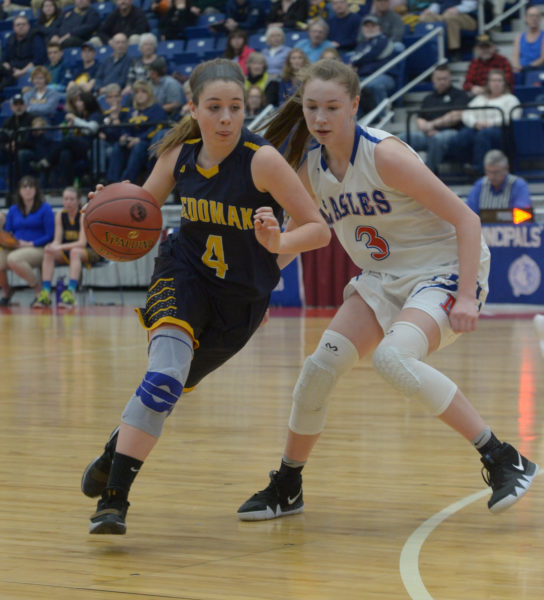 Messalonskee girls basketball team handed Medomak Valley a 63-49 loss in  North A quarterfinal action on Feb. 16 at the Augusta Civic Center. The Panthers got off to a nervous start, but stayed in the game despite nine first quarter turnovers, with a strong rebounding game. Medomak held 9-3 edge on the boards to close out the quarter down 9-7.

Messalonskee scored the first nine points of the second frame and the Panthers were unable to recover. The Eagles led 31-18 at the half and 47-33 at the end of three.