Coastal North took a 1-0 lead in the bottom of the first inning on a RBI single from Ian Brady, scoring Gabe Aucion.

Coastal came back with three runs in the bottom of the second to tie the game at 4-4.  Cam Daly singled and scored on a baulk. Ty Knowlton was hit by a pitch and scored when Aucion reached on an error. Aucion scored on a  Mason Brigham sacrifice fly .

Mid Coast batted around in the top of the seventh for six runs to put the game away. Giberson hit a lead off single, Chase Crockett reached on a bunt single and Hamlin walked to load up the bases for a RBI walk to Dakota Payson. Ripley hit a two run single. Payson scored on an error and Ripley on a baulk. Duncan Widdecombe singled and scored on a wild pitch. Bennett Geiss walked and scored on an error. 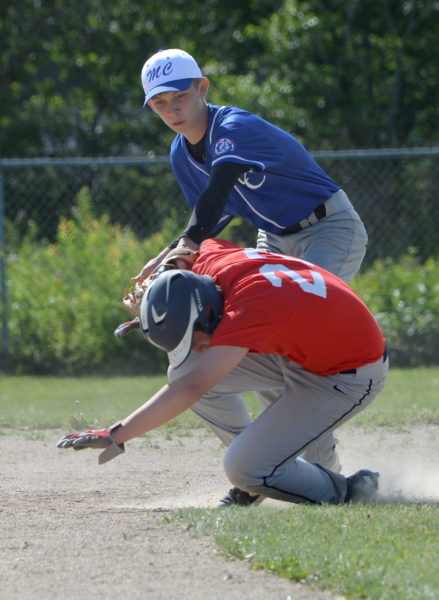 Chase Crockett tags out Henry Burnham on a throw down to second from Midcoast 15 catcher Joseph Giberson. (Paula Roberts photo) 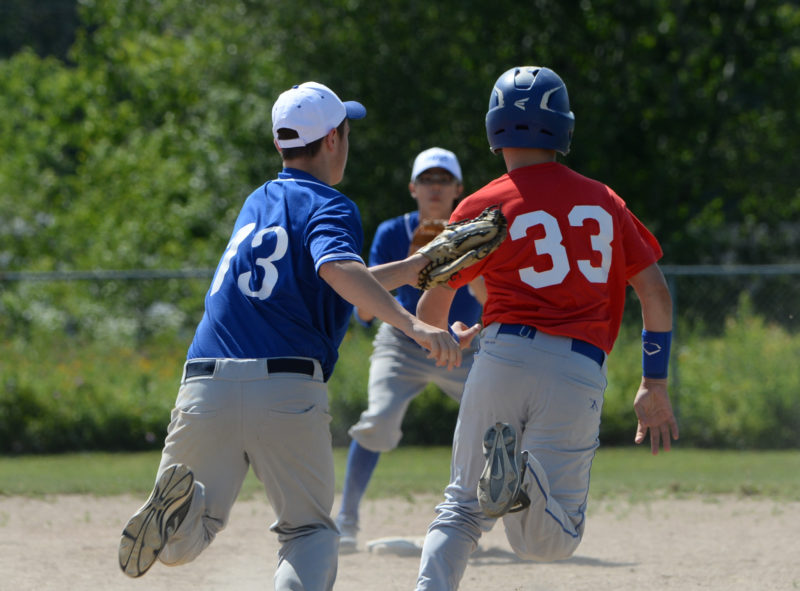 Luke Hamlin tags out Ty Knowlton after catching him in a pickle. (Paula Roberts photo)