Morse girls soccer team defeated Lincoln Academy 4-0 on October 24 in a South Class B preliminary match-up in Bath. The physical Shipbuilder team used their superb passing game to open up their running game.

Morse jumped out to a 2-0 lead at the half on two break away goals from Emily Martin. Micailah Albertson assisted on the first and Amanda Gagne the second. Gagne made it a 3-0 game midway through the second half on a feed from Kali Pierce. Martin scored the hat trick with 4:40 to go on a cross from Albertson.

Morse held a 31-13 edge in shots. Christine Hilton made 21 saves and Kortney McKenna one for the Eagles. Marissa Parks made nine saves for Morse. 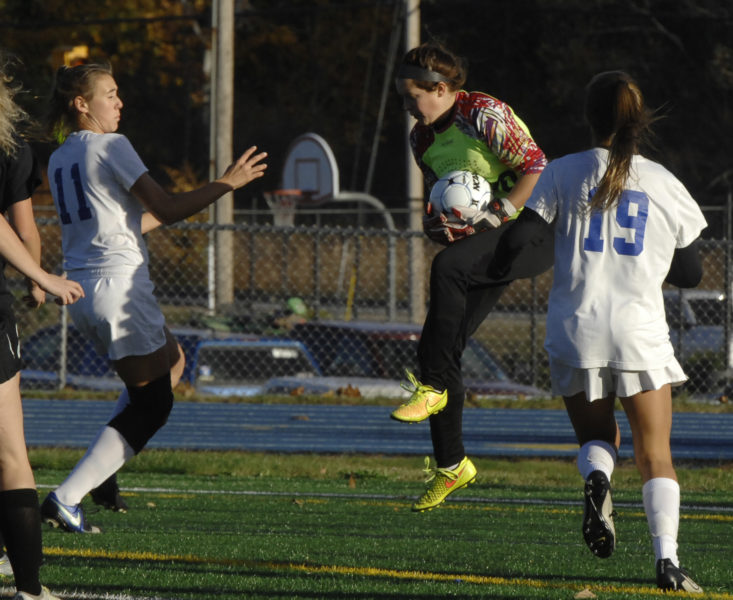 Christine Hilton makes one of her 21 saves in net for the Eagles in their South B preliminary loss to Morse on October 24. (Paula Roberts photo) 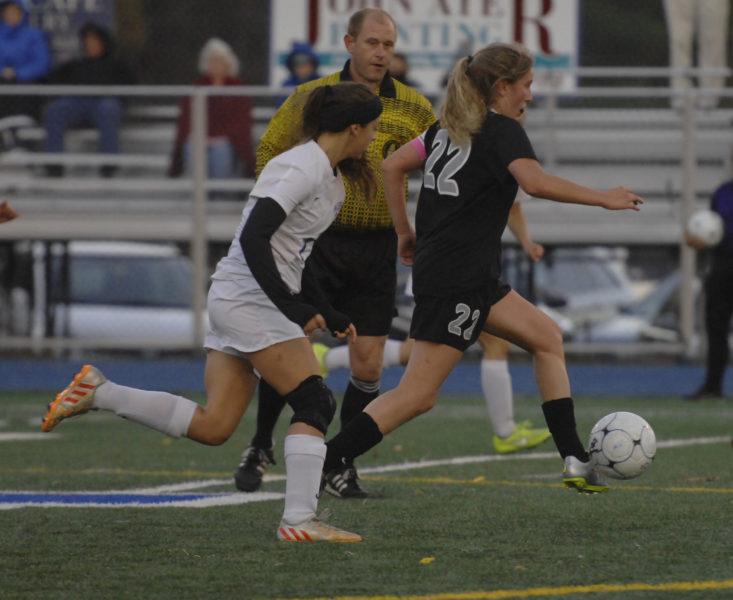