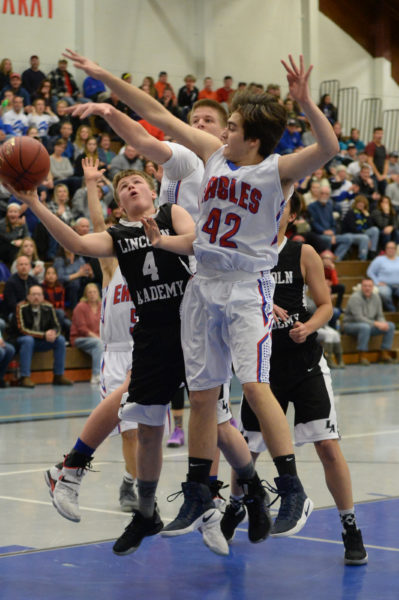 Mt.Ararat defeated Lincoln Academy boys basketball team 51-44 in KVAC Class A action on Jan. 6. Lincoln led by one early in the fourth quarter, before 6’8″ Jared Balser took control on the inside for Mt.Ararat. Will Kavanaugh hit two big threes in the final period.