Lincoln Academy brought home two State championships on Sat., June 3 in the  State Class B championships, held in Yarmouth. Tahlia Mullen won the 400 in 58.93 and Mili Zapata won the javelin with a throw of 109’1″.

Olivia Richmond placed seventh in the high jump (4’10”). Sam Russ placed third in the mile in 4:35. John Eddyblouin placed fifth in the racewalk in 8:33. Lauren Pusey-Nazzaro took fifth in the triple jump (41’3.5″). 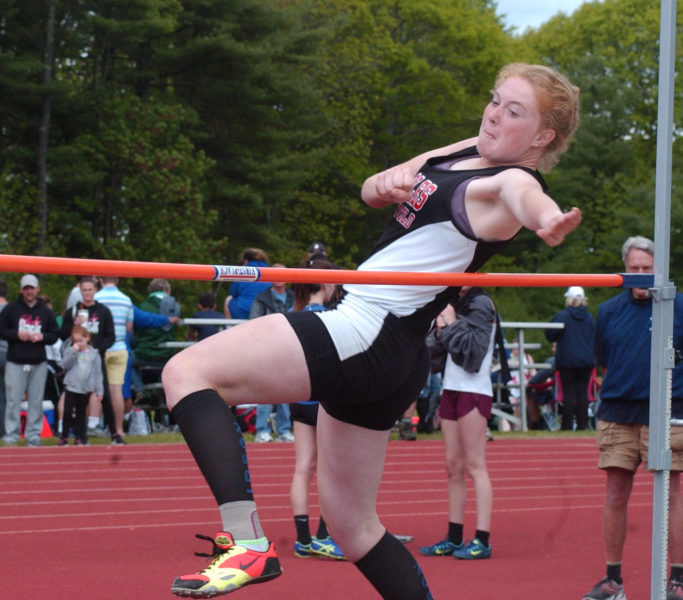 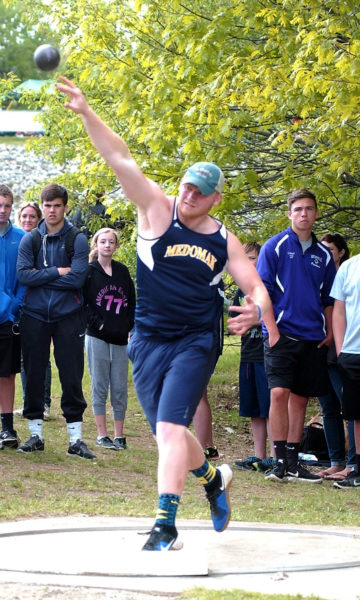 Richie Sproul placed seventh in the shot put and fourth in the discus for Medomak at the State Class B championships. (Carrie Reynolds photo)