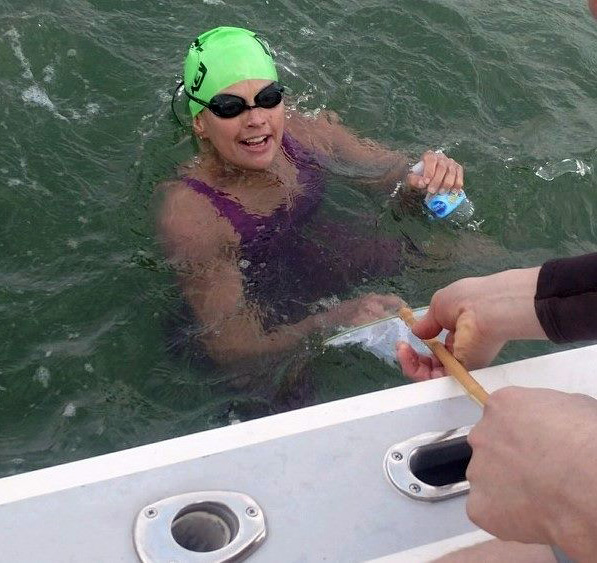 Alison Hayden rehydrates while swimming the length of the Damariscotta River. (Photo provided by Alison Hayden)

Newcastle summer resident Alison Hayden swam the length of the Damariscotta River on Saturday, Aug. 21, without fanfare. She left her family’s home on Glidden Street in Newcastle a little after noon and arrived at the South Bristol Coop at 6:15 p.m.

“It is something I have always wanted to do,” Hayden said. 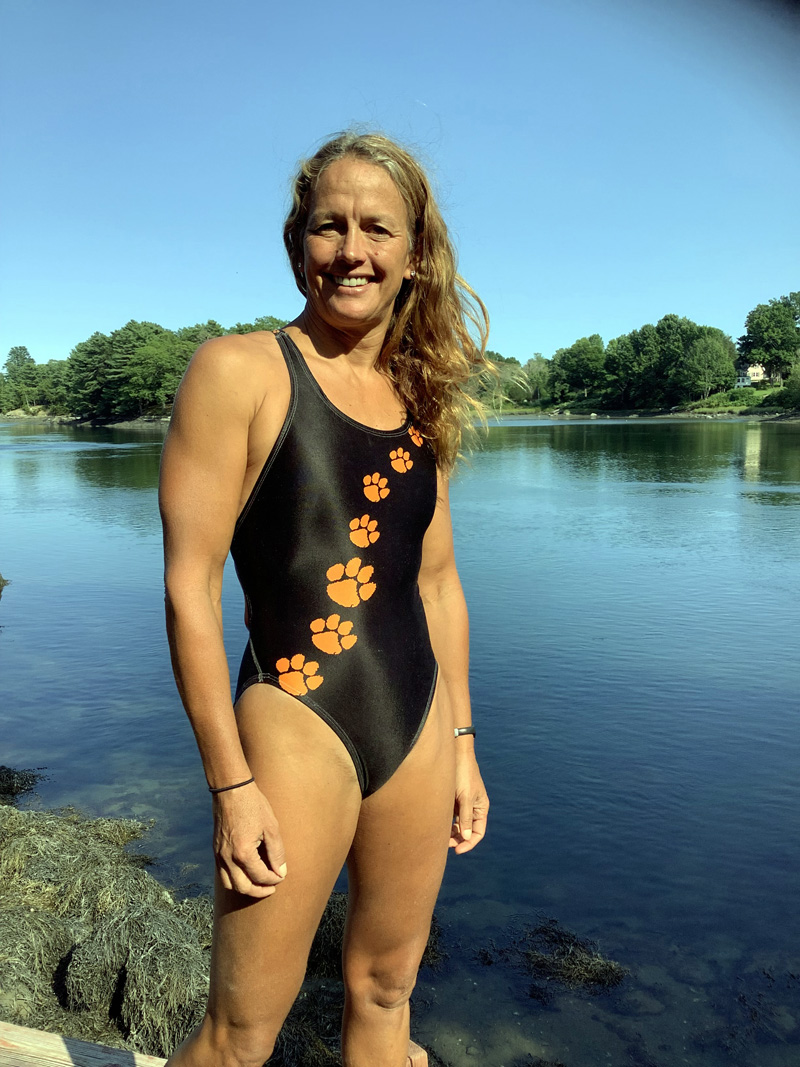 The toughest part of the swim was stroking against the tide at the Damariscotta-Newcastle bridge.

“I kind of felt like getting out right there,” the 49-year-old said.

Once past the strong current at the bridge, Hayden swam with the tide the rest of the 14.9 mile journey.

Although she swam wearing a short wetsuit, Hayden said she was surprised with how cold she got. “I sat on the rocks a few times to warm up.”

A lifelong swimmer since the age of five, Hayden competed in high school, where she made the Wisconsin state finals; and she competed at the Division 1 level at the University of North Carolina, Willmington, where she was a conference finalist.

She currently competes with the St. Petersburg Masters swim team.

While the Damariscotta River swim was her longest in cold water, it did not come close to her longest swim. She swam the 26-mile long Tampa Bay Marathon  in Florida, where she placed second in 11 hours and 21 minutes.

The marathon swimmer won the fourth annual 8-mile Swim for Alligator Lighthouse in Florida in 2016; won the 2016 10K Barbados Open Water Festival and took second in the event in 2017.

Hayden does not know if her swim of the Damariscotta River is a first, or if someone else has also completed the task.

She swims six days a week in the river, but usually goes north toward Great Salt Bay, to avoid boats. She usually swims an hour, but occasionally will stretch her swim to two hours.

What’s next for the long haul swimmer?

“I’d kind of like to do Damariscotta Lake, maybe next summer, or next month. The water will be a lot warmer,” she said.