Josh Goldrup drives inside to pull Medomak within three with 47 seconds to play.

Nokomis defeated Medomak Valley boys basketball team 49-45 on Dec. 21 in Waldoboro. The Panthers trailed by seven mid-way through the second quarter, then rattled off the next 14 straight points to take a 22-15 lead at the half.  Nokomis led 32-30 at the end of three then opened the fourth with two 3-pointers from Hayden Black to take the lead for good. The Panthers pulled within three a couple of times, but were unable to recapture the lead. 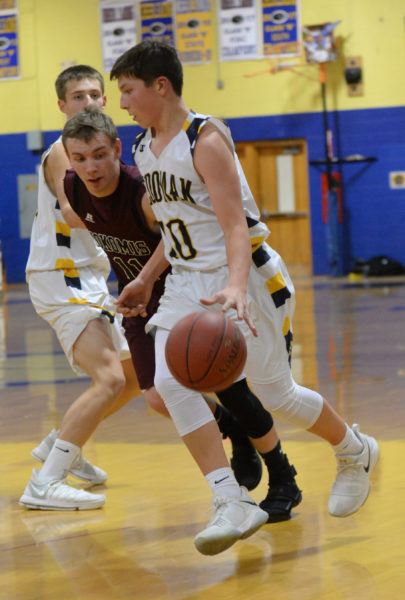