Oceanside clipped the Eagles 62-61 in Newcastle on Feb. 2. Senior Cody Tozier scored his 1,000th point in the loss. 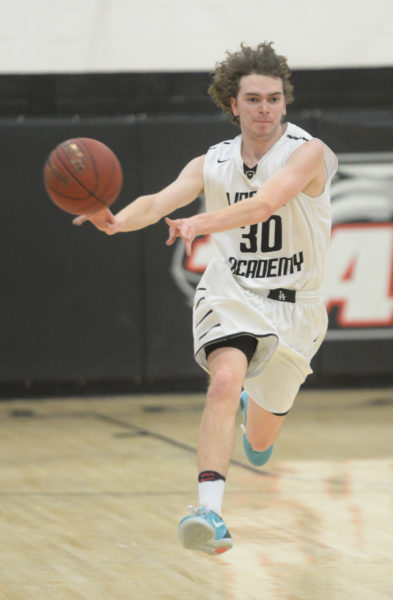 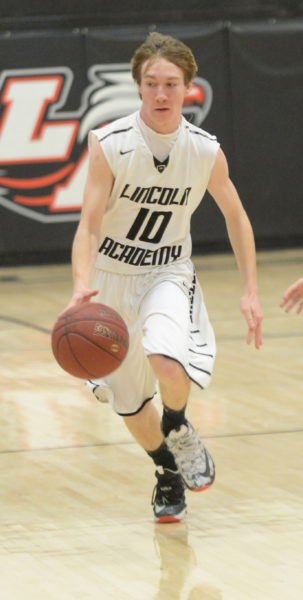 Nate Simmons brings the ball up the court for the Eagles. (Paula Roberts photo)

Lincoln led 21-17 at the quarter, Oceanside 34-31 at the half and 53-48 at the end of three. Lincoln knotted the score with under 10 seconds to play with Cody Tozier scored on a Jon Pinkham feed. The Eagles then fouled Mariner  Nate Raye with 7.5 seconds left. Raye made one foul shot for Oceanside. Lincoln was unable to find net on their final shot.

Oceanside was led by Raye 19, and Cooper Wirkala 14. Lincoln was led by Tozier 29, Keyden Leeman 17 and Riley Cushing 11.