Oceanside took full advantage of two hit batters, four walks and an error to jump out to a 9-0 lead in the first inning. Aladia Hatch had the only Mariner hit of the inning with a lead off single. Medomak was unable to recover, although playing their older visitors tough over the next six innings.

Hitting for Medomak were Olivia Pelkey with a double and three singles, Haley Puchalski a triple and single, Sara Nelson a double and Hope Mason, Rylee Rainey,  Kylie Blake and Devon Rainey a single each. 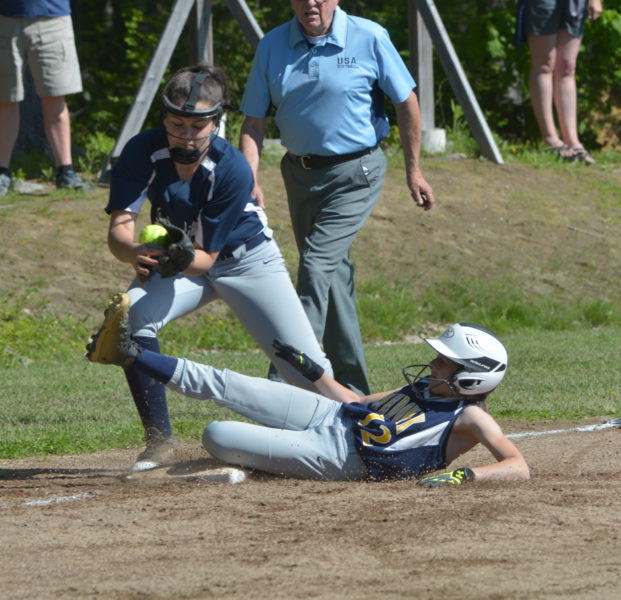 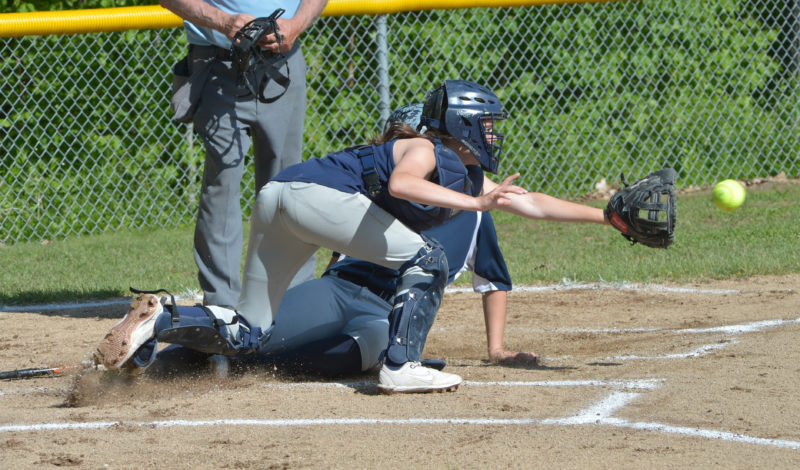 Medomak catcher Sara Nelson reaches for a throw as an Oceanside baserunner scores in the first inning. (Paula Roberts photo)