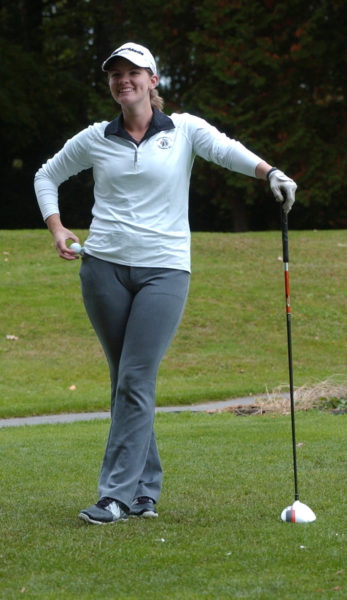 Lincoln Academy senior Bailey Plourde shot an 18 hole round of 75 in the KVAC State Golf Qualifier on October 4 at Natanis. (Carrie Reynolds photo)

Medomak Valley golfer Brent Stewart shot an 89 to finish 10th in the KVAC State Class B Golf Qualifier on Oct. 4 at Natanis in Vassalboro. Stewart was also selected to the KVAC All Conference team

Lincoln Academy senior Bailey Plourde shot a three over 75 to qualify for the State Schoolgirl Golf championship for the fourth straight year. Plourde has won two State titles and was runner-up in a third.