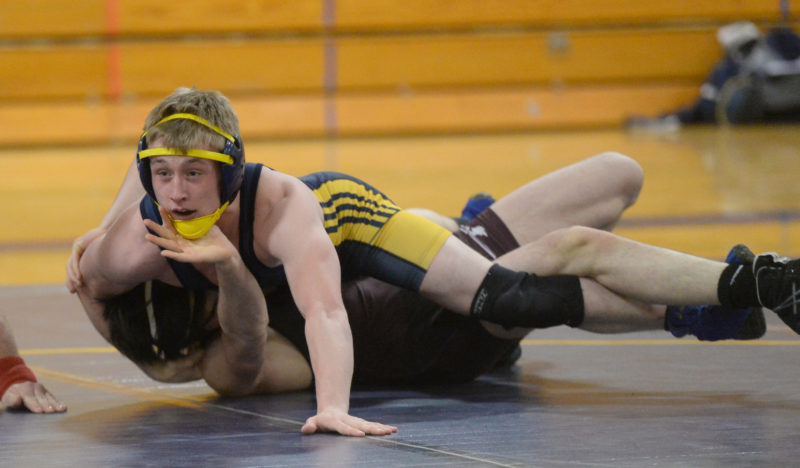 Steven Thompson, pictured hear wrestling at Medomak Valley on Jan. 18, collected his 100th win on Sat., Jan. 21 in a tournament at Ellsworth. Thompson won the 138 pound title in the tournament. (Paula Roberts photo)