Fourth seed Medomak defeated 13th seed Oak Hill 79-43 in a South Class B preliminary match-up on Feb. 15 in the Panthers’ den. Medomak scored the first 12 points of the ball game, and led 18-4, 40-11, and 66-27 at the quarter breaks. Nine players scored in the win for the Panthers, including five in double figures. Medomak was led by Trevor Brown with 22, Jake Bickmore 12, Patrick McKenney 11, Blake Morrison 10 and Kory Donlin 10. Oak Hill was led by Silas Dumont with 8. 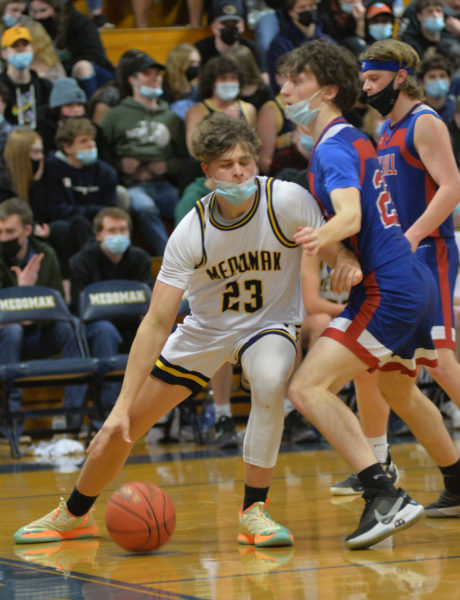