Medomak Valley boys basketball team defeated Lisbon 60-47 in a South Class B quarter-final match-up at the Portland Expo on Feb. 18. The Panthers jumped out to an 18-5 first quarter lead, led by Patrick McKenney with eight points. They extended their lead to 33-17 at the half, led by eight points from Trevor Brown and seven from McKenney. The Panthers out scored the Greyhounds 16-9 in the third to take a 49-26 lead into the final period. Lisbon got hot from the outside in the final stanza with four three pointers, led by Boone with three, but it was not enough to catch the Panthers.

Jacob Craig puts an offensive rebound up and in for the Panthers. (Paula Roberts photo) 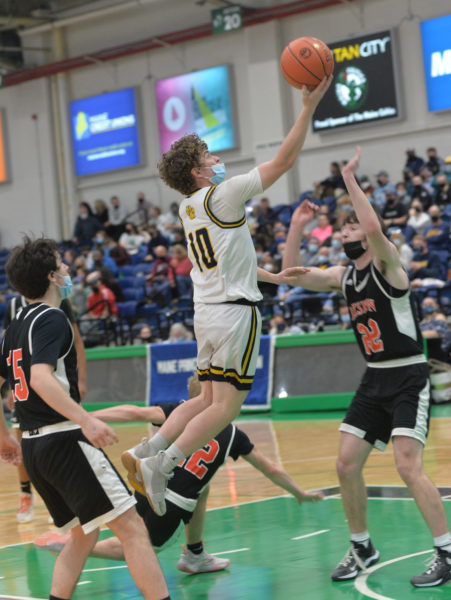 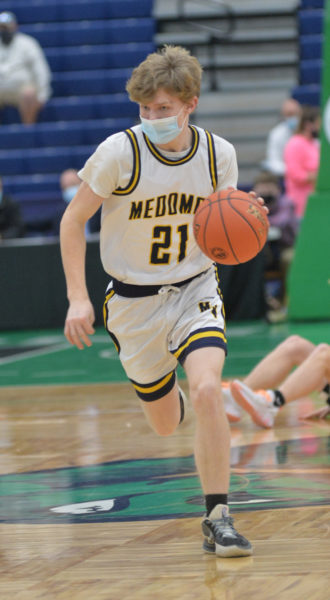