Medomak Valley defended the Panther den Tuesday night for a 55-43 win over Lincoln Academy. The Panthers improve to 15-0 with the win.

Lincoln led briefly 4-2 at the start of the first quarter, before the Panthers rattled off 10 straight points to build a 12-4 lead. Medomak opened the second frame with a 10-3 run, punctuated by a Cameron Allaire dunk. The Panthers were unable to put the Eagles away however, as Lincoln pulled within nine at the half 29-20. Li 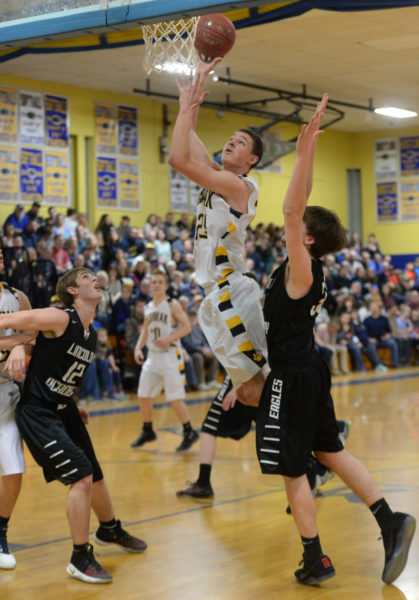 Cameron Allaire drives inside for the Panthers, as Cody Tozier defends for the Eagles. (Paula Roberts photo) 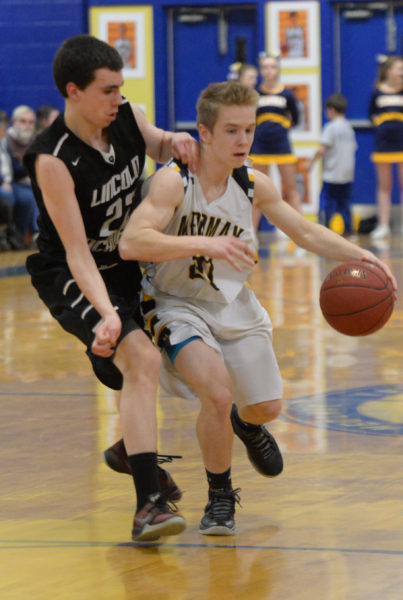 Medomak was led by Kyle Donlin 18, Allaire 11 and McMurrin 10. Lincoln was led by Cody Tozier 22 and Keyden Leeman 10.