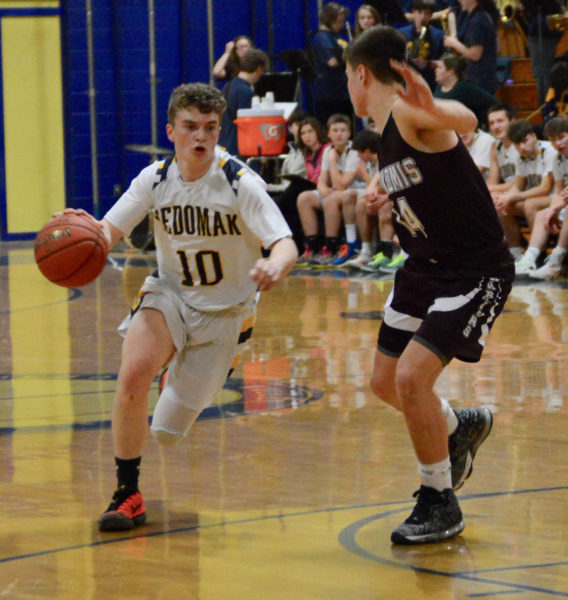 Patrick McKenney brings the ball up the court for the Panthers. (Morgan Perry photo) 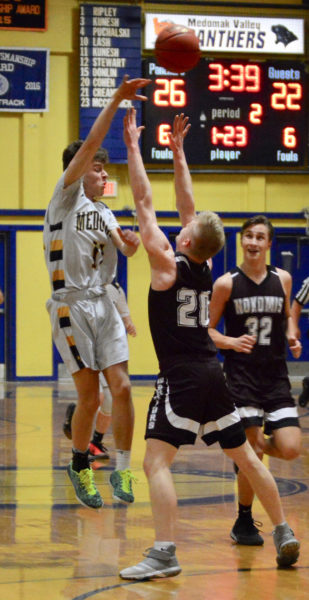 Medomak Valley boys basketball team (13-3) defeated Nokomis (1-1)  64-53 in the Panthers den on Jan. 28. Medomak jumped out to a 24-10 first quarter lead and held on. Nokomis pulled within two late in the third quarter, and again in the fourth. The Panthers were led by Patrick McKenney with 23, Gabe Allaire 11 and Brandon Starr 9. Nokomis was led by Keith Lilly 18 and Madden White 11.