Medomak Valley boys basketball team defeated Lincoln Academy 41-29 on Jan. 11 in the Panthers Paws for a Cause pink out game.  Lincoln led 9-7 at the quarter and the game was tied 16-16 at the end of  a defensive first half. Medomak Valley rallied for 15 points in the third quarter on three 3-pointers to take a 31-20 lead.

The Panthers were led by Chris Bowman 10, Josh Goldrup 9, Gabe Allaire 6 and Nate Emerson 6. Lincoln was led by Joel Hatch 10 and Keyden Leeman 9. 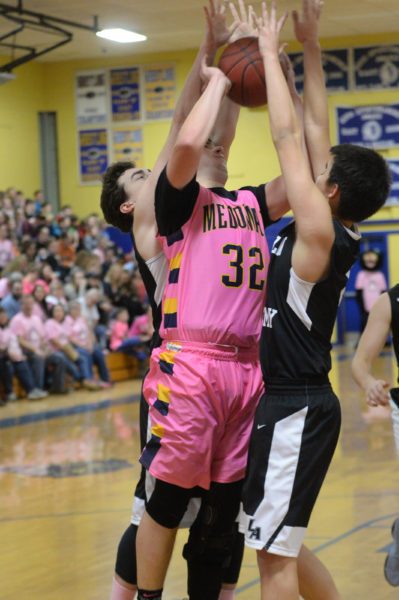 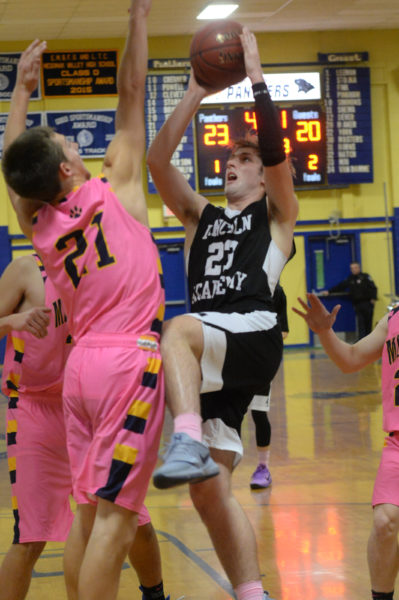 Nate Masters drives inside for the Eagles, as Gabe Allaire defends for the Panthers. (Paula Roberts photo)