After a tight first quarter, the Lady Panthers clawed their way to 18 second quarter points to take a 27-16 lead at the half. Medomak led 35-22 enroute to a 46-38 win in Waldoboro. Medomak was led by Addison McCormick with 16 points, and Katherine McKenney 9. Lincoln was led by Payson Kaler with 24 points.

Medomak boys jumped out to a 14-0 lead in the Eagles nest. Lincoln responded with an 11-3 run to pull within six, 17-11 at the end of one. The Panthers out scored the Eagles 25-16 in the second frame to lead 43-27 at the half. Medomak netted the first 13 points of the third quarter to put the game away early. The Panthers won 85-56. The Panthers were led by Trevor Brown and Patrick McKenney with 19 points each, Jake Bickmore 15 and Jacob Craig 14. Lincoln was led by Tucker Stiles and Gabe Hagar with 12 points each, Myles Wotton 11 and Lucas Houghton 9. 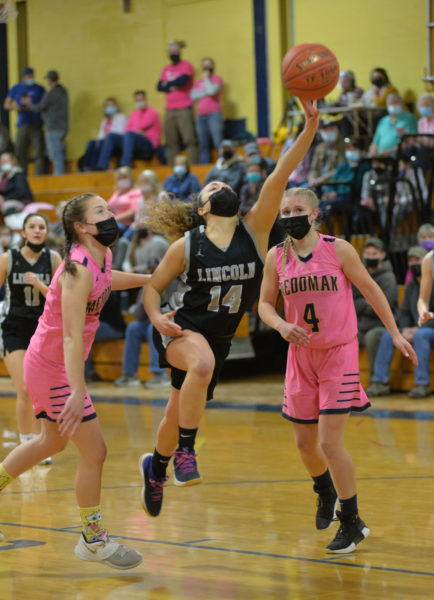 Grace Houghton lays the ball up and in for LA. (Paula Roberts photo) 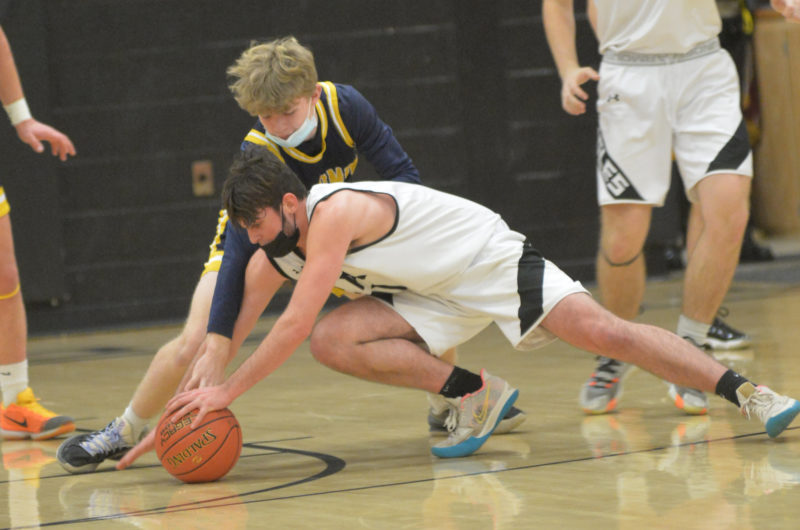