Medomak softball defeated Morse 10-0 in six innings to end the game early. Maddy Boynton collected win. The Lady Panthers were led by Grace White with a triple and single, Haley Puchalski, Addison McCormick and Eliza Spear with two singles each, Alyssa Creamer a solo homerun and  Kytana Williamson a double. G. Walker had the only hit for Morse.

Medomak baseball defeated Morse 6-1. Matt Holbrook threw a two hitter in  win on the Panther mound. Gabe Acoin took the loss in three innings of work. Reed led the Panthers at the plate with a single and three RBI’s. Brady Carter, Holbrook and Isaac Simmons added a single each. Acoin and Callan Gould had a hit each for Morse. 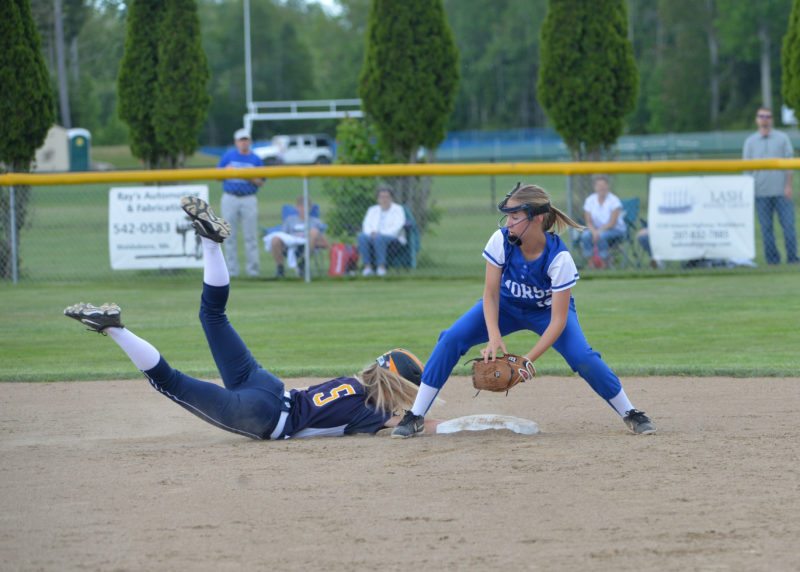 Grace White is called out at second for a Morse double play in the second inning. (Paula Roberts photo) 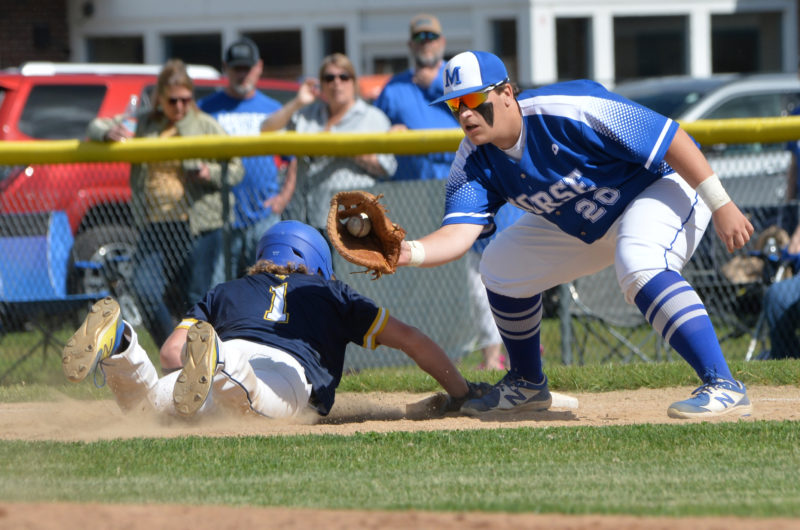