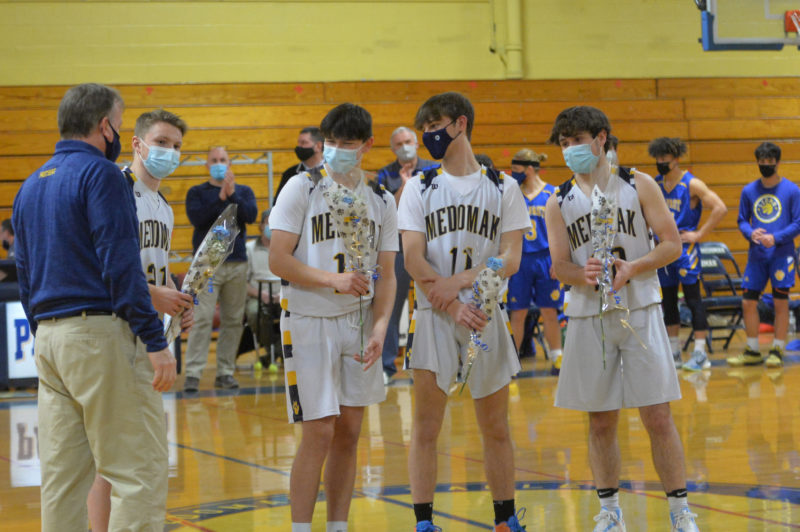 Medomak Valley seniors Brandon Starr, James Day, Parker Morrison and Aiden Starr were recognized before their home game with Belfast. All four walked over to LCTV and raised their flowers as a toast to them 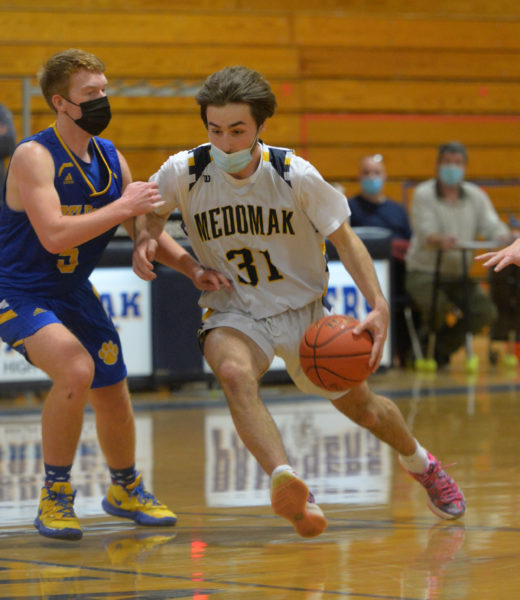 Medomak Valley boys basketball team defeated Belfast 55-46 in the Panthers den on Tues., Feb. 9. The Panthers jumped out to an 8-0 lead and led 14-7 at the quarter, 23-13 at the half and 35-29 at the end of three. The Lions would not go quietly however, as they rallied in the fourth quarter to tie the game with  three minutes to play on a C. Kelley 3-pointer. Parker Morrison snapped the tie with a 3-pointer with 2:52 to go, and Patrick McKenney, Jake Bickmore and Trevor Brown hit shots down the stretch for the Panthers.

Brown led Medomak with 20 points and 16 rebounds for a double-double, and McKenney added 15. Belfast was led by Bartlett with 18 and Kelley 17.