Medomak Valley boys basketball team defeated Mt.View 63-58 on Dec. 30 in the Panthers den. Medomak led 20-16 at the quarter, 35-27 at the half, and led by as many as 11, before the Mustangs went on a 12-2 run to pull  within one, 48-47 at the end of three. Noah Hurd scored two hoops off steals and settled a 3-pointer at the start of the fourth to give Mt.View a six point lead. The Panthers rallied for nine straight points to retake the lead. Medomak had plenty of chances at the foul line, but struggled, making just 10 of 30 shots. Medomak out rebounded the Mustangs 45-21, led by Finn Parmley with 11 rebounds, Donlin 10, Jaiden Starr 7, Gabbe Lash 6, and Tucker Holgerson and Morrison 5 each. 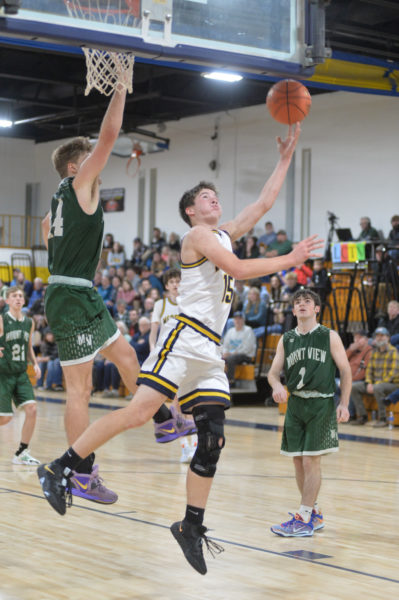 Kory Donlin scores on a reverse lay-up for the Panthers. (Paula Roberts photo) 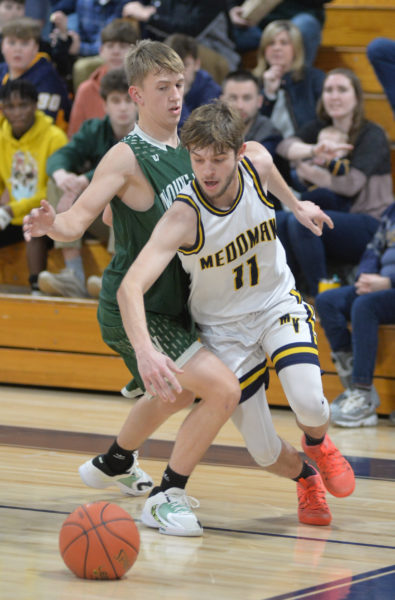