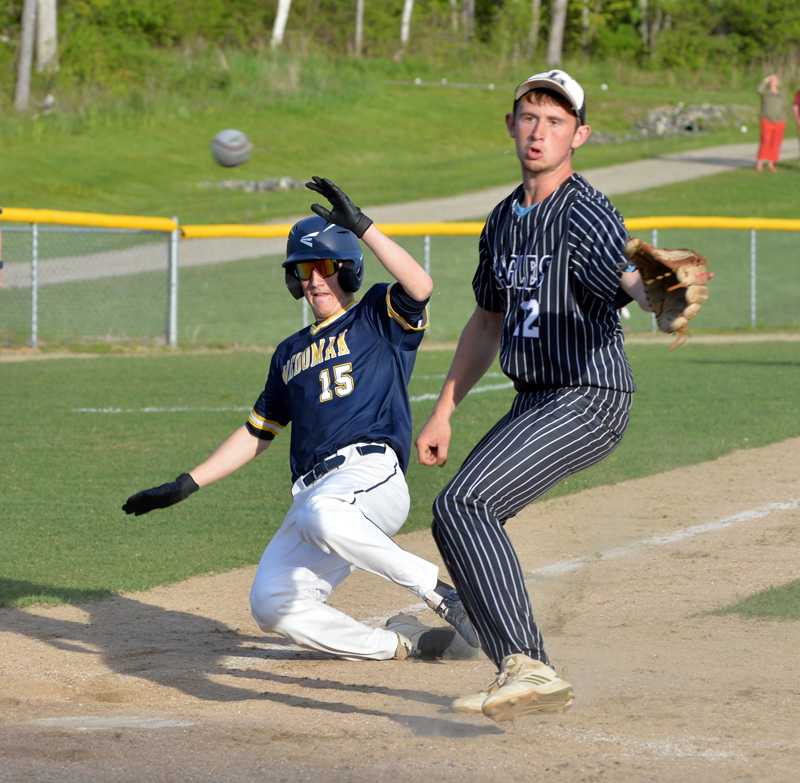 Medomak Valley baseball defeated Lincoln Academy 10-6 in nine innings on May 23 in the Eagles nest. Tied at 6-6 at the end of sixth inning, neither team could post a run over the next two innings. The Panthers rallied for four runs in the top of the ninth to win by four. Wyatt Simmons hit a bases loaded single, and Hayden Staples a RBI double in the rally. 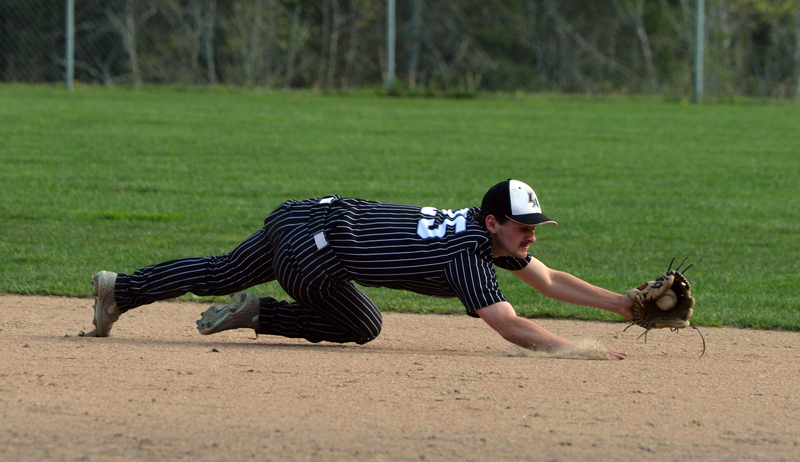 Ben Sawyer makes a diving stop in the infield for the Eagles. (Paula Roberts photo)

Medomak was led at the plate by Blake Morrison and Tucker Holgerson with three hits each, Brady Carter and Isaac Simmons two singles each, and Staples a double. Lincoln was led by Nick Prior with a double and two singles, and Riley DeLisle and Tucker Stiles with two singles each.