Medomak Valley boys basketball team defeated Gardiner 73-41 in the first game of a double header on Feb. 4. The Panthers led 19-12 at the quarter and 31-25 at the half, before scoring 28 points in the third frame to put the game away. Medomak was led in scoring by Trevor Brown with 19 points, Patrick McKenney 15, Gabe Allaire 8 and Brandon Starr and Carson Murphy 7 each. Gardiner was led Ryan Moore with 13 points and Kalvin Catchings 12.

Senior Carson Murphy brings the ball up the court for the Panthers. (Paula Roberts photo) 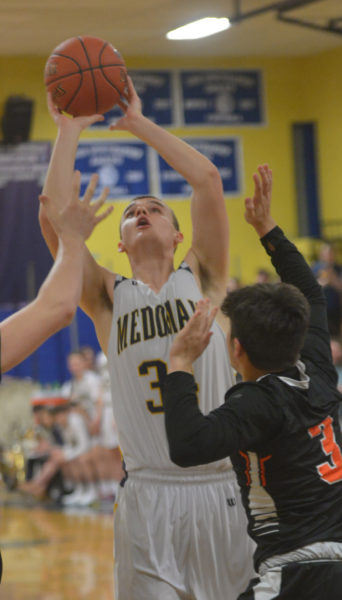