Medomak Valley boys soccer team won the battle of the big cats, 8-1 over visiting Belfast on Sept. 28. Addison Mellor, Will Cheesman and Zan Nguyen scored two goals each and Mo Ngido,  and Jaiden Starr one each. Visal Mellor added two assists and Ngido, Slavik Moody, Cheesman and Nevan Power one each. Zepherin Leppanen scored for Belfast.

Medomak girls soccer team raided the Lions den for a 4-0 win on Sept. 28. 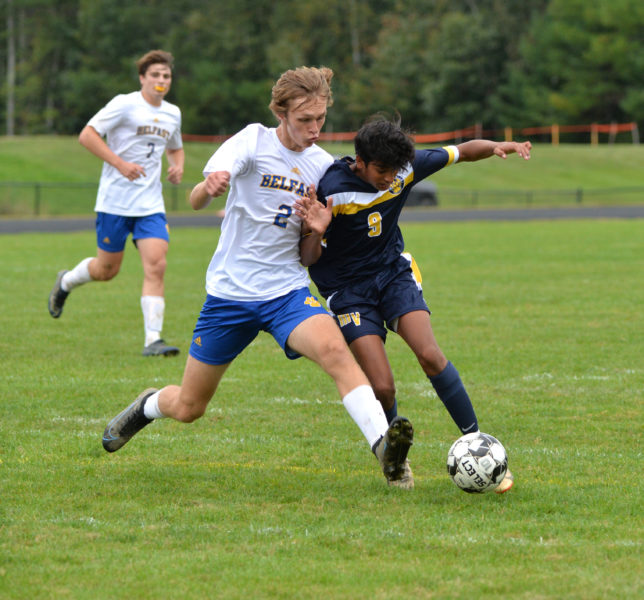 Visal Mellor tries to get a shot off as Nick Ritchie defends for Belfast. (Paula Roberts photo) 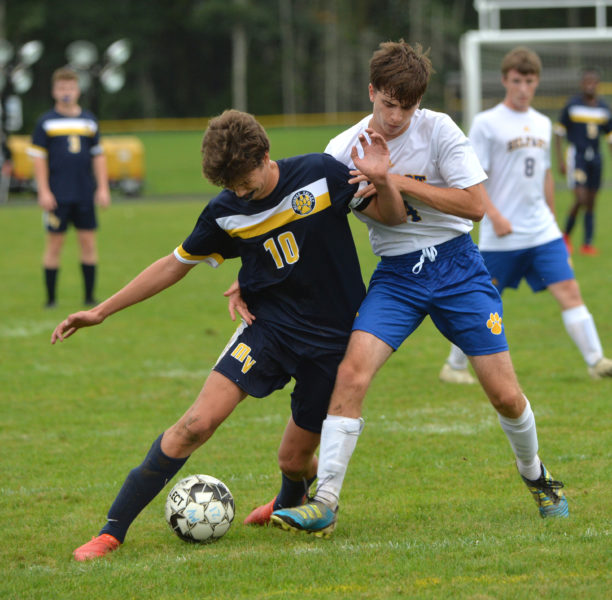 Lion Ronan Deschamps wraps his arms around Addison Mellor in an attempt to control him. (Paula Roberts photo)