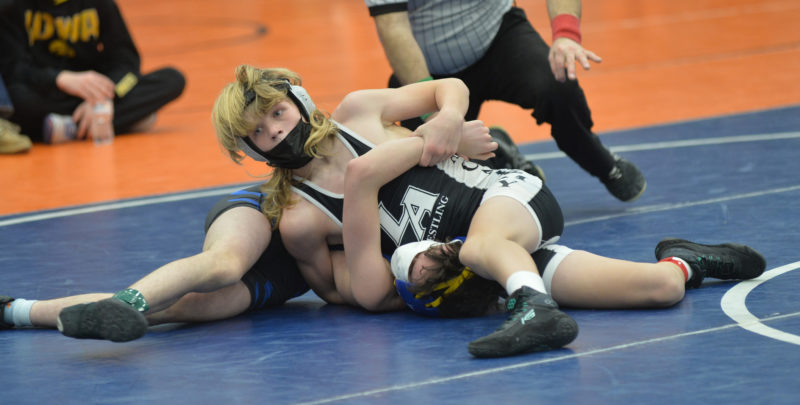 Lincoln Academy 106 pound wrestler Adam St. Cyr squeezes out a pin on his way to a second place finish at the KVAC championships. (Paula Roberts photo) 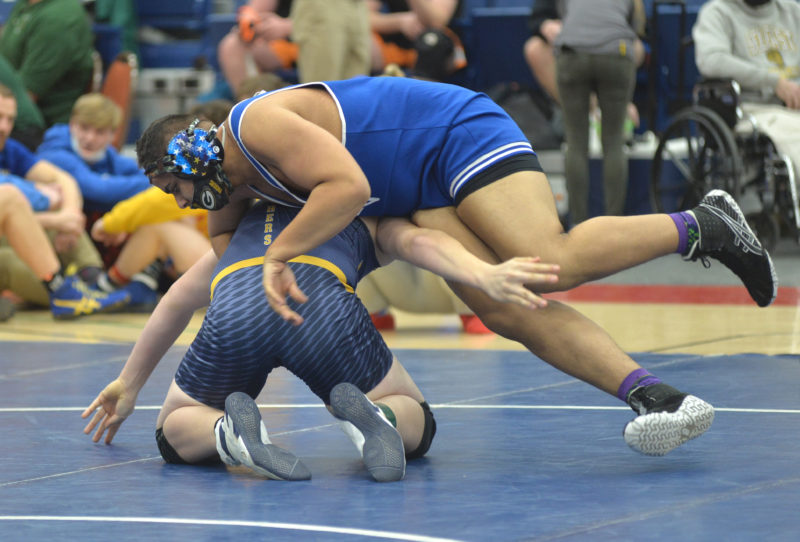