Gray NG softball raided the Eagles nest for a 3-0 win in South Class B Regional playoff action on June 10. The game was scoreless for six innings. The Patriots took advantage of a hit batter, their only walk of the ball game, and two straight RBI singles to Anna Gilbert and Heather Nevells. The third run came home on an outfield fielding error.

Lincoln left five runners stranded, including a runner on third in the third inning, and runners on second and third in the sixth.

Hitting for Lincoln were Payson Kaler, Grace Houghton and Paige Lafrenaye with a single each. Mazie Lorette had the only other hit for Gray NG. 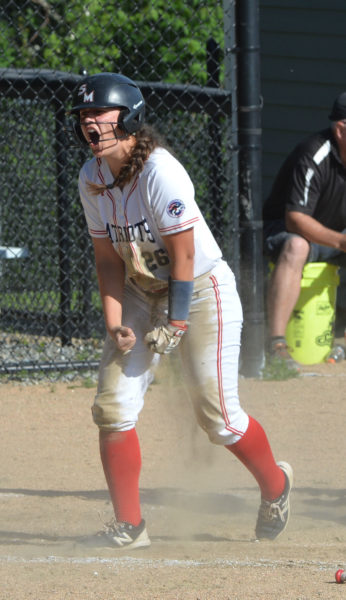 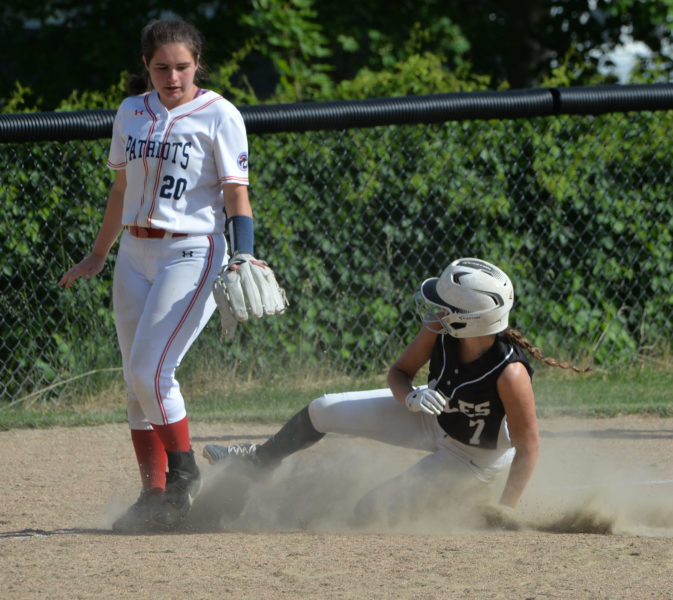 Paige Lafrenaye lands at htird on a passed ball, but was left hanging in the fifth inning. (Paula Roberts photo)