Bailey Plourde, 21 of Newcastle, tied Ruby Haylock after three 18 hole rounds at the Maine Women’s Amateur championships on Wednesday, July 22. Haylock won the tie breaker with a chip shot from the lip of the green. Plourde’s putt for a tie fell just short of the cup.

Plourde held a three stroke lead on day one, fell behind by two strokes on day two, then birdied 17 and 18 on round three to tie Haylock at 223. The championship was then decided by a  tie breaker. Haylock chipped in from the lip of the green, and Plourde just missed her putt to lose the tie breaker. 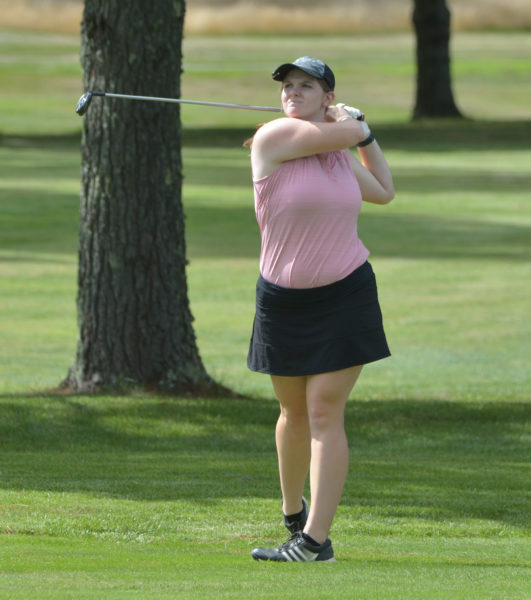