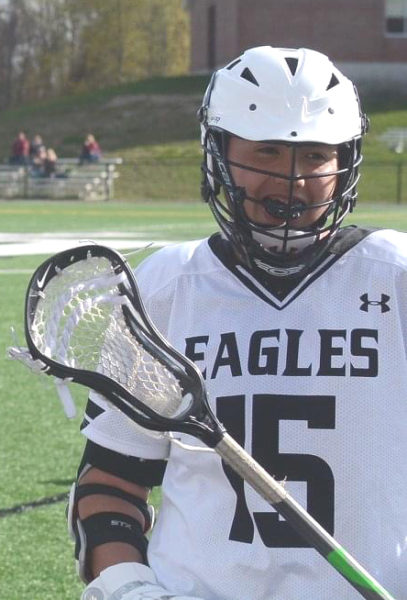 Chris Decker comes off the field all smiles during the 2019 season. Their will be no smiles on the sidelines this spring as the Maine Principals Association cancelled the entire season on April 9. (Photo courtesy of Tom Farrell) 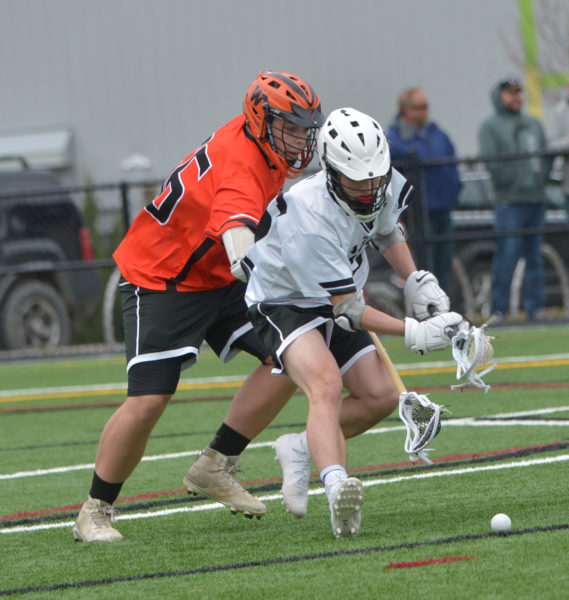 Today the Lincoln Academy boys lacrosse team should be playing in its first tournament of the season. Instead, we are all at home trying to absorb the news the Maine Principals’ Association announced on Thursday. There won’t be a spring high school sports season in Maine due to COVID-19.

This decision has made me, the head coach, reflect. At the forefront of my mind is another loss for our 2020 seniors. Each spring I get to be a part of these athletes’ lives. It is usually an exciting time, as there is so much happening at Lincoln Academy. I get to share in my senior players’ excitement as I hear about their plans for prom, their future life post-Lincoln Academy, and, of course, graduation. This year, as many of these events are in flux, I want to honor my current seniors.

Chris Decker, Jayden Dolloff, and Shawn Gray have been with the LA lacrosse program for three to four years. Their athleticism and enthusiasm have really helped grow the sport at Lincoln Academy.

Chris has been a great team player with a great attitude, ready to help lead the attack line. Jayden has developed into an effective scorer and was ready to anchor the attack line. Shawn is a versatile player ready to do most anything for the team, from taking face-offs to running midfield and playing uneven situations.

All these players had really put their time in and were ready to have the spotlight on them and take that leadership role for their senior year. These boys were part of the team that battled through the playoffs to play in the 2018 Class C state championship game.

After the momentum of our successful 2018 season, we had several newcomers join our team who only played one season. I am going to miss seeing the development and contributions of Liam Gilbert (Dale), Harlan Pusey-Nazarro, and Jack Wehrle. I will also miss being able to coach the seniors who stepped out of their comfort zone, wanted to try a new sport, and decided to join the team.

It is very unfortunate that this group of seniors will not be able to be honored at senior night or play another game under the lights on the LA field. However, I am proud of what they all accomplished at Lincoln Academy and what they have done for the LA lacrosse program.

Good luck as you move on to a new stage in life. On behalf of the coaching staff, we wish you the best of luck in your future endeavors; you will be great!