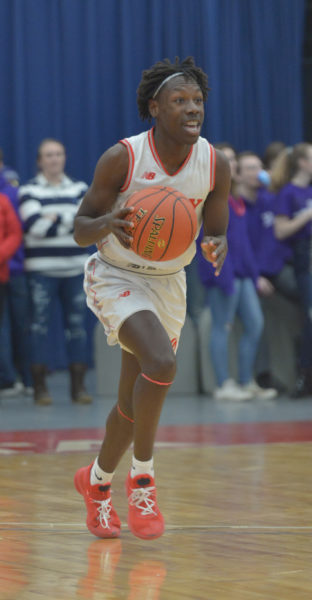 Simon McCormick calls out a play as he brings the ball up the court for Cony. (Paula Roberts photo)

Cony defeated Medomak Valley 77-52 in a North Class A semi-final game on Feb. 29 at the Augusta Civic Center.

The Panthers stayed with the Rams in first quarter action. Cony took a 7-0 lead, before Medomak rattled off the next eight points, led by three hoops from Trevor Brown to take the lead. Cony went up by four, before the Panthers tied the game at 12-12 on hoops from Patrick McKenney and Jake Bickmore. Dakota Dearborn had the final say of the period to give Cony a 14-12 edge at the quarter break.

Bickmore hit a three to kick off the second period, but that would be the Panthers final lead off the ball game, as Cony fired in three straight hoops to take the lead for good.

Cony threw a feisty full court press at the Panthers all 32 minutes of the game, forcing 27 turnovers. 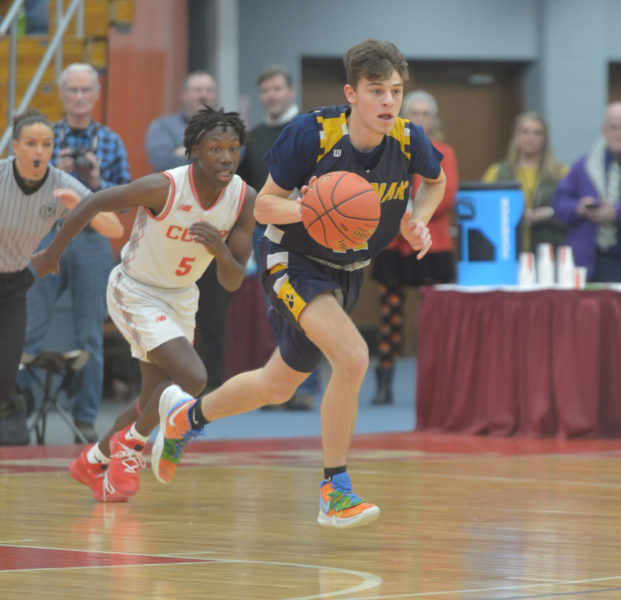