Cony boys basketball team defeated Lincoln Academy 94-51 in Newcastle on Jan. 31. The Rams were led by Kyle douin 13, Dakota Darborn 11, Simon McCormick 11 and Nick Poulin 10. The Eagles were led by Joel Hatch with 12 an Sullivan Fink 8. 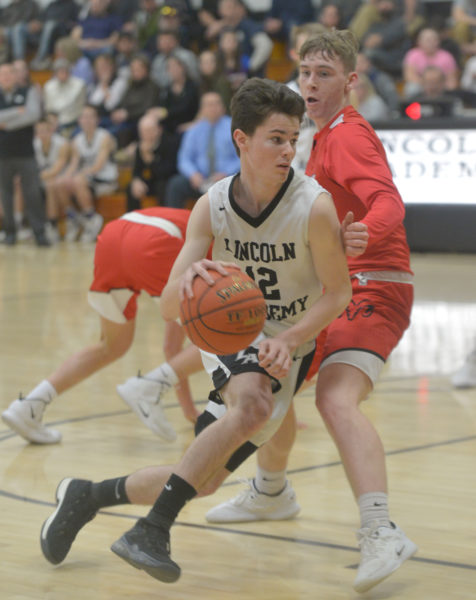 Joel Hatch drives inside for the Eagles. (Paula Roberts photo)