Telstar girls basketball team picked up their third win of the season on Jan. 18   with a 37-20 victory over Wiscasset. The Rebels jumped out to a 13-5 first quarter lead. Wiscasset pulled within one with three minutes to go in the half. Telstar scored the final two hoops of the half including a 3-pointer from Brooke Richards to take an 18-10 lead at the half. The Rebels continued to pull away in the second half.

Scoring leaders for Wiscasset were Sydnie Thayer 7 and Zoe Waltz and Alice Yokabaskas 4 each. Telstar was led by Luci Rothwell with 19 points and 19 rebounds. 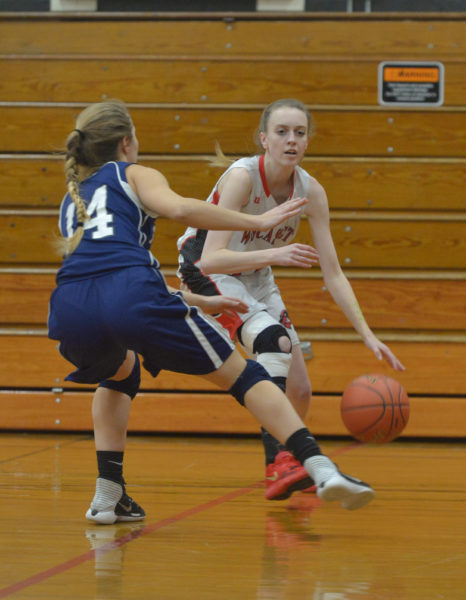 Zoe Waltz looks for an open Wiscasset as she brings the ball up the court. (Paula Roberts photo)