Wiscasset was led by Alice Yokabaskas with 6 and Kateleen Trask 5. Mt.Abram was led by Summer ross with 24. Ross is zooming in on her 1,000th career point and should reach the milestone in one of her next two games. 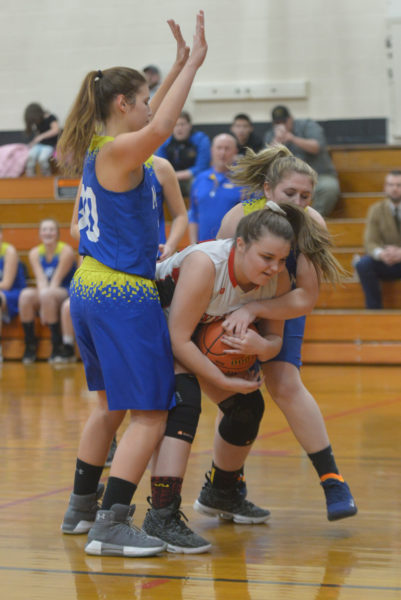 Jade Rego tries to wrestle a rebound away from Mt.Abram. (Paula Roberts photo) 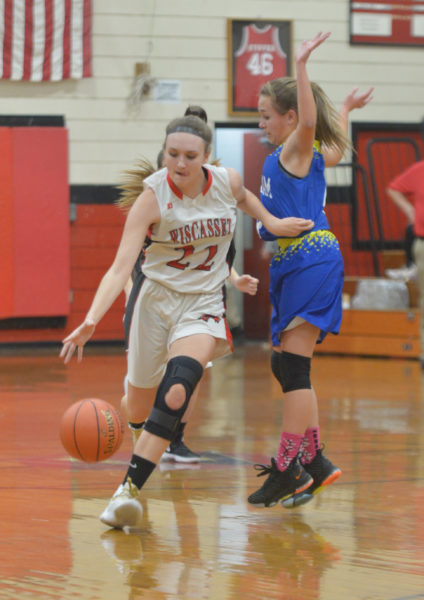 Alice Yokabaskas dribbles the ball up the court for Wiscasset. (Paula Roberts photo)