Morse boys soccer team defeated Medomak Valley 3-2 in Waldoboro in the two teams season opener on Sept. 2. Morse jumped out to a 2-0 lead on goals from Manasse Makungilwa and Ben Foreman. Medomak drew within one by the half on a goal from Mo Ngido. Luke Cheesman evened the score in the second half on a cross from Ngido. Exaucee Namwira scored the game winner for Morse. 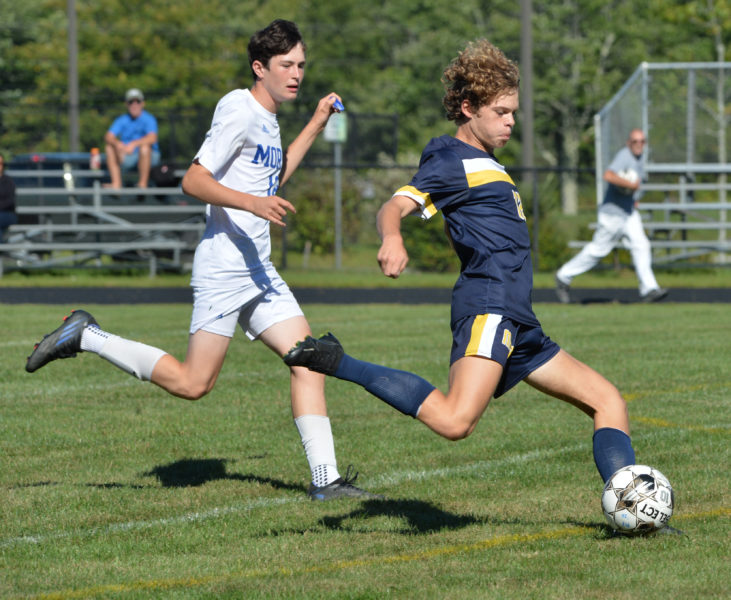 Luke Cheesman passes the ball up the field for the Panthers. (Paula Roberts photo) 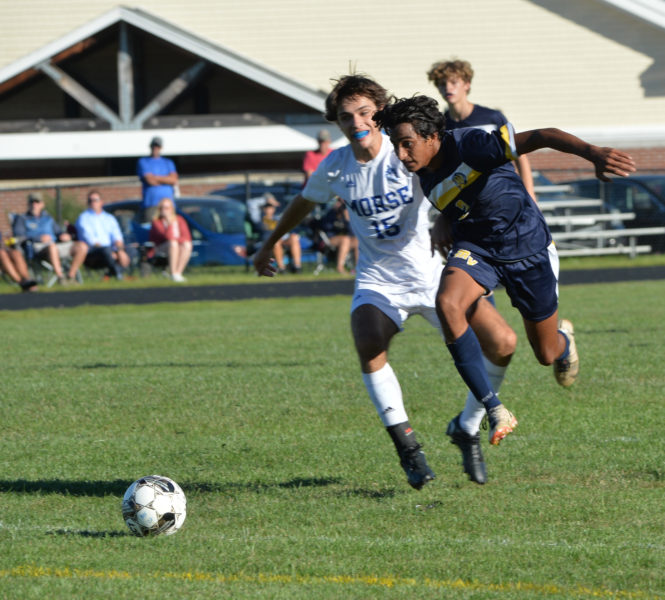 Vishal Mellor leaps into the air to take a shot on goal in Medomak Valley’s season opener. (Paula Roberts photo)